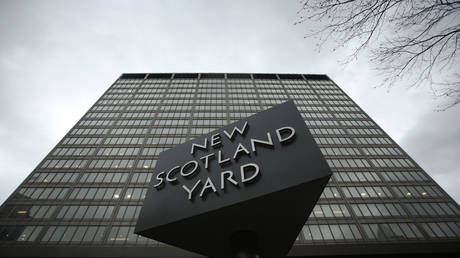 The Metropolitan Police spent over £200,000 on facial recognition trials that yielded zero results, prompting questions about wasting public money (and violating the public’s privacy) to no benefit, it has been revealed.

According to the results of a Freedom of Information request by the Independent, police trials carried out between August 2016 and July 2018 saw 110 people’s faces registered as potential ‘alerts,’ which resulted in six police deployments in which only two people were stopped – and then released.

In its run-down of the facial recognition project, the Metropolitan Police said it was being trialed “in a range of environments including public events and crowded public spaces”, and that the public was informed of the use of the technology through posters and leaflets.


However, the Independent reported in December that none of the people they spoke to in a scanned area in Cambridge Circus were aware they had just been scanned.

Facial recognition software is touted as a way to revolutionize policing, but the technology proves to fail much of the time.

A May 2018 report from Big Brother Watch found that when Met Police trialed facial recognition at the 2017 Notting Hill carnival, the system was wrong 98 percent of the time, and misidentified 95 people as criminals.

Despite the lack of results, the National Police Chiefs’ Council is considering drawing up national guidance on how the technology should be used.


The police spent £198,000 on automatic facial recognition software from Japan’s NEC Corporation and £23,800 for hardware, like cameras, to record people. Each deployment cost money, with both undercover and uniformed police arriving at the scene, but police would not detail how this cost is calculated.

“Tackling violent crime is a key priority for the Met and we are determined to use all emerging technology available to support standard policing activity and help protect our communities,” a police spokesperson said. “The technology being tested in this trial is developing all the time and has the potential to be invaluable to day to day policing.”