Hard on the heels of Donald Trump’s decision to wage a more aggressive war in Afghanistan, London reportedly prepares to ramp up SAS covert operations there. According to British intelligence, Afghanistan could fall to the Taliban if the US pulled out. 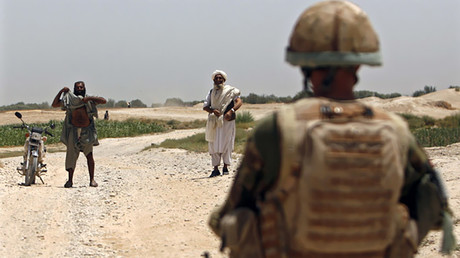 Prime Minister Theresa May intends to give the green light to a surge of covert operations targeting Taliban, Islamic State (IS, formerly ISIS/ISIL) and Al-Qaeda militants in Afghanistan, the Sunday Times reported citing senior sources in the government.

Special Air Service (SAS) and Special Boat Service (SBS) operatives are expected to play a vital role in a “scoping exercise” allowing military leaders to figure out what kind of troops are more suitable for a new Afghan deployment.

A “significant uptick” in SAS operations in Afghanistan will come after a British Army intelligence unit’s agents reported that the Taliban had managed to infiltrate every province or main town of Afghanistan, the newspaper said.

Consequently, British military chiefs came out with “compelling information from credible human intelligence sources” showing that the Afghanistan would be lost to the Taliban if the US pulled out troops from the country.

According to the Sunday Times report, this intelligence played a pivotal role in persuading US President Donald Trump to deploy a rumored 4,000 more troops to Afghanistan. “We are not nation-building again. We are killing terrorists,” the President said when announcing the move last week.

“A hasty withdrawal,” Trump said, would create a “vacuum” for terrorists. He argued that “9/11, the worst terrorist attack in our history, was planned and directed from Afghanistan because that country was ruled by a government that gave comfort and shelter to terrorists.”

There are currently 500 British personnel in the country. The 16-year war in Afghanistan has already cost UK taxpayers more than £40 billion (US$50 billion). Over the span of 14 years, 456 troops lost their lives in the conflict – a death rate higher than that of the 2003 invasion of Iraq and the Falklands War.

At this stage, British troops only train Afghan forces and do not take direct part in hostilities. All the same, a surge in SAS operations could eventually raise human rights concerns. In July, it emerged that members of an SAS “rogue unit” executed unarmed civilians during night raids in Afghanistan and trimmed after-action reports to shift blame onto their Afghan partners.

Some notable cases of apparent misconduct and possible war crimes are being investigated by the Ministry of Defence (MoD) under Operation Northmoor. The Military Police detectives, however, encountered stiff resistance to their efforts when they began digging into allegations of abuses committed by Special Forces.