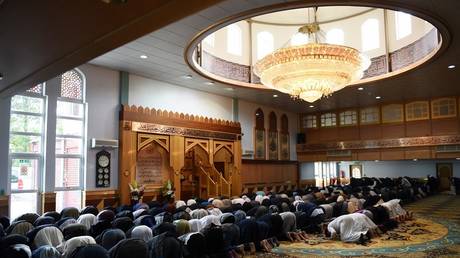 The UK government is fighting to prevent the publication of docs that would reportedly show how much their propaganda unit, the RICU, was involved in targeting young British Muslims, as part of their counter-extremism strategy.

Lawyers for the government are attempting to block a Freedom of Information (FOI) request that would reveal the Home Office’s Research, Information and Communications Unit’s (RICU) role in the creation and production of supposedly independent radio shows, the Middle East Eye (MEE) reports.

The RICU is part of the Office for Security and Counter-Terrorism (OSCT) within the Home Office.


The FOI case brought by Faisal Qureshi, a Manchester-based film researcher, argues that the secrecy around the RICU is counter-productive and the lack of public scrutiny around covert state funding of the arts could potentially lead to money being inappropriately used.

The radio drama at the centre of the FOI battle is ‘Divided We Fall’, a 20-part drama that was broadcast in 2010 by a small community radio station in Lancashire, Preston FM, which has since been rebranded as ‘CityBeat’.

The drama attempted to draw like-for-like comparisons between the radicalisation of a young Muslim Asian boy and a young, white, former soldier who had returned from service in Afghanistan.

Qureshi claims that the Home Office has been trying to suppress all information about the radio drama. “The use of drama in tackling radicalisation is an area that has not been sufficiently examined and it’s of interest for researchers to assess how effective a tool it has been,” he told the MEE.

The outlet says that a press release issued at the time did refer to Home Office funding, but made no mention of OSCT or RICU involvement, nor was there any reference in it to the UK government’s Prevent strategy.

The Middle East Eye reports that a tribunal to settle the case is currently taking place, with government lawyers arguing that any disclosure of details revealing the RICU’s secret involvement in the radio drama would put national security at risk.

In 2016, the Guardian reported that much of the RICU’s work is outsourced to third parties. Their favoured firm being Breakthrough Media Network Ltd, a company operating from an anonymous office block close to Waterloo station in central London, according to the paper.


It follows the British Foreign Office launching an investigation in December into reports the UK government has been funding an anti-Russia charity, the Integrity Initiative. The ‘charity’ has been accused of promoting unfavorable views of Labour leader Jeremy Corbyn via social media.

The tribunal is expected to announce its decision on the FOI case in a few weeks’ time.