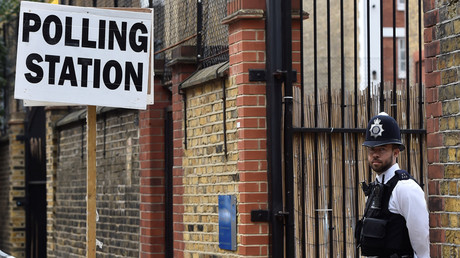 Exit polls predict Theresa May’s Conservatives will form the largest party in the UK General Election – but may fall short of a majority, causing a hung parliament.

The survey was taken from 144 polling stations across Britain, asking voters at these stations to mark a mock ballot paper to show how they voted.

Similar exit polls have correctly predicted who would take the keys to Number 10 in the last five elections.