The UK authorities have ordered the country’s gambling websites to swiftly remove “unacceptable” adverts which may appeal to children. A survey last year revealed that some 450,000 British kids were gambling on a weekly basis.

A total of 450 gambling operators, including William Hill and Bet365, received a letter that warned them of strict but unspecified sanctions if they fail to comply.

The address was signed by regulators the Gambling Commission, the Advertising Standards Authority, the Committee of Advertising Practice (CAP) and the Remote Gambling Association.

“We are writing to advise you to amend or remove immediately any ads on your website or in third party media that are likely to appeal particularly to people aged 17 or younger… and generally available to view,” the letter read. 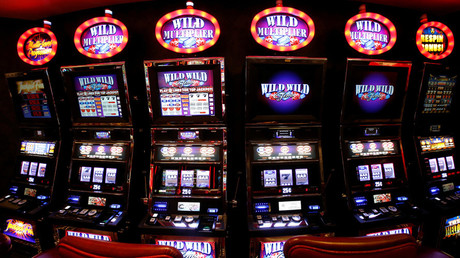 “This relates particularly to freely accessible ads for play-for-free and play-for-money games and includes all graphics and images displayed on a website or in third party media,” it added.

he regulators mentioned such products as “Piggy Payout,” “Fluffy Favorites” and “Pirate Princess” as examples of gambling games that may appeal to children due to their “colors, cartoons and comic book images, animals, child and youth-orientated references.”

“You must immediately amend or remove any freely accessible ads on your website or in third party media space that are likely to appeal particularly to under-18s,” the letter read.

Earlier in October, the Sunday Times reported that many British gambling sites have exploited a loophole in the regulations, which allowed them to legally release games aimed at children.

The included a free-to-pay mode in their products, which required no age verification, and was used to introduce children to the whole concept of gambling, the paper said.

A survey by the Gambling Commission last year revealed that around 450,000 children in England and Wales gambled on a weekly basis, with 9,000 of them being “problem gamblers.”

Chair of the Local Government Association’s Safer and Stronger Communities Board, Simon Blackburn, has backed the initiative, saying the restrictions were long overdue.

“Councils have previously called for greater restrictions on gambling advertising to protect children and we are pleased to see the steps taken… It is vital our children and young people are kept safe and protected from the problems gambling can cause,” Blackburn said, as cited by the Guardian.