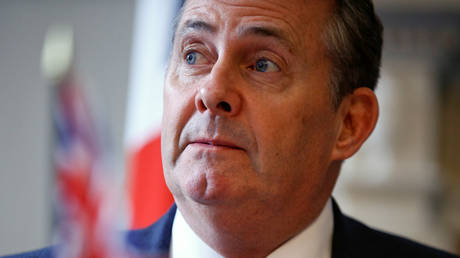 The UK secretary for international trade has warned that the country faces a “cliff edge” Brexit next month if a vote on the prime minister’s deal isn’t passed by MPs on Friday.

Speaking to BBC Radio, Liam Fox warned that Friday’s vote – the third to date on Theresa May’s Brexit agreement with the EU – is the last chance to vote for Brexit “as we understood it.” He added that there’s a “real fear in the current parliament” that Brexit might never happen.


Unlike the earlier two votes, parliament is due to vote on only one part of May’s deal on Friday afternoon – that which allows the UK to leave the union but does not set out a framework for a future relationship between the two.

Under parliamentary procedure, the motion had to be adapted in order for the speaker of the house to allow it be put before MPs again, and so has been split into two parts to comply with this requirement.

Earlier this week, MPs rejected eight alternative Brexit approaches but agreed to delay the UK’s withdrawal until at least April, though this could be delayed further to late May if the prime minister’s deal fails with MPs.