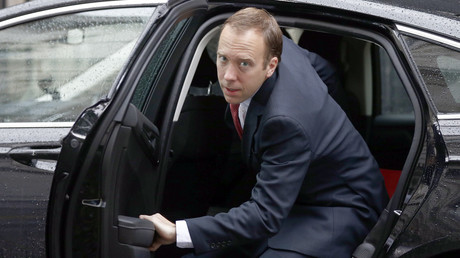 Britain’s own Digital Minister Matt Hancock plans to bring out the big guns when he meets with Facebook bigwigs next week, tweeting that he will demand answers over the data leaks scandal. But will anyone even turn up?

Facebook has come under fire in recent weeks for selling-on the data of its users, without their consent, to Cambridge Analytica for use in political profiling. As a result, Facebook CEO Mark Zuckerberg has been summoned before the Digital, Culture, Media and Sport Committee’s probe into Fake News… twice.

On March 20, Chair of the Digital, Culture, Media and Sport Committee Damian Collins wrote to Zuckerberg to call on him to give evidence. The Facebook CEO declined, instead offering FB’s chief product officer Chris Cox as a proxy.

The committee accepted Cox, but insisted that Zuckerberg also appear, as his attendance would still be “appropriate”, either in person or via video link. Digital Minister Matt Hancock – who has his own social media network ingeniously called ‘The Matt Hancock app’ – did not say where or with what official from Facebook he would be meeting.

I’ll be meeting Facebook next week. I expect Facebook to explain why they put the data of over a million of our citizens at risk. This is completely unacceptable, and they must demonstrate this won’t happen again

Hancock did vow to have Facebook “explain why they put the data of over a million of our citizens at risk. This is completely unacceptable, and they must demonstrate this won’t happen again.”

Much like Facebook, Hancock’s own app came under scrutiny only a few weeks ago when it was revealed that the program was able to gain access to users’ private photos.