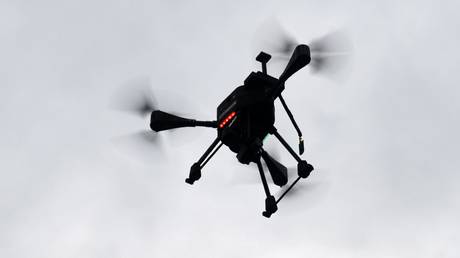 There’s no easy way to prevent rogue drone pilots from causing disruptions at UK airports, transport secretary Chris Grayling has said. It means the chaos recently experienced by passengers at Gatwick and Heathrow may be repeated.

Currently, there is no “off the shelf solution” to the new problem, while the technologies that are now being developed are “very immature,” Grayling told Sky News.

Drone disruptions have become a hot topic in the UK recently after two major airport incidents in London. Around 1,000 flights were canceled, affecting the travel plans of 140,000 people, after two unmanned aircraft hampered Gatwick’s operations for two days in December. Heathrow had to hold plane departures for an hour last Tuesday after a drone was spotted in the vicinity of the airport.


The transport secretary pointed out that the events in Gatwick and Heathrow were very “different,” both in scale and in nature.

“Heathrow – is a drone that appeared and disappeared,” he said. “In the case of Gatwick, what happened there was a unique situation that hasn’t happened anywhere else in the world.”

Gatwick was a deliberate disruptive attack. The systems don’t exist to completely tackle a problem like this.

His agency, together with airports, was working hard to develop a “new set of systems” to put a stop to drone disruptions, Grayling assured.

With no breakthrough in sight on the technological field, the UK authorities earlier this week gave the police more powers to punish drone operators for violations.


The measures included increased exclusion zones around airports; a new register and competent tests for owners as well as a fixed set of fines. Failing to comply with an officer’s demands to land a drone or operating an unmanned aerial vehicle (UAV) without a registration from now on carries a penalty of £100 (around $129).