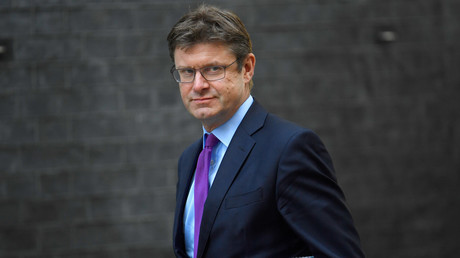 The UK could ask for an even longer Brexit transition period. Business Secretary Greg Clark told BBC radio that it could now stretch until 2022 – two years after it was supposed to finish.

The UK is set to formally leave the bloc on March 29, 2019; although a planned transition period means that London will remain a member until 2020.

Clark, upon being questioned by the BBC about an extension, revealed that “it would be at our request.”

“It would be our discretion, it would be purely for us if we wanted to and there are reasons we may not want to take that up, it would be available to us,” he said, not ruling out that the period could last until 2022.

While the 2022 date was not dismissed by Clark, the minister suggested that the period could be extended by a matter of “weeks or months,” stating: “If we were six weeks away from concluding a future economic partnership and agreeing that, then it may make sense to extend the transition period.”

Clark’s statements reflect those of chief EU Brexit negotiator Michel Barnier, who told The Sun that “We don’t want the transition to go on and on forever. If we can’t work out a deal by then, we have to accept the need to fall back on the backstop.”

Business Secretary Greg Clark says extending the Brexit transition period to 2022 is “an option”. Holy moly, that is going to annoy the Pizza Club. #r4today

New Year’s Eve 2022 was agreed by most EU ambassadors as the final date for the transition, during a meeting with Barnier on Sunday.

The news will worry the Torys’ hard-Brexit faction, who have been pressuring Theresa May over any extension of EU power beyond the withdrawal date. The PM has repeatedly insisted that the extension would only be ‘a matter of months.’

An extension period will be partly used to give negotiators more time to agree upon the UK’s EU exit deal, one that will get through parliament and stave off the threat of a no-deal Brexit.

May’s draft withdrawal agreement with the EU, which was published on Wednesday, seems to be even less popular with the British public than it is with parliament. A YouGov poll conducted on Thursday found twice as many Britons oppose the deal as those who support it (42 to 19 percent).