Britain has been asked to investigate allegations of torture against Qatari nationals in the United Arab Emirates (UAE), the alleged victims told RT.

Scotland Yard’s war crimes unit is being petitioned to open a case into fresh allegations of abuse which was allegedly sanctioned by government officials in Qatar, in a case which could prove embarrassing for the UK government. 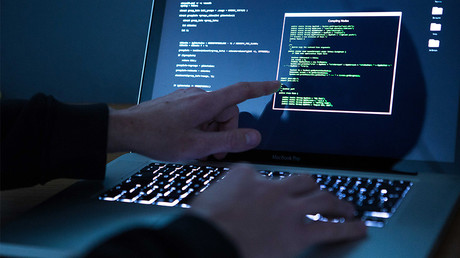 Politicians, including a high-ranking cabinet minister were named in a dossier handed to the Metropolitan Police on Wednesday, which alleges multiple human rights abuses against three Qatari men.

The trio described to RT how they were beaten, tortured, threatened with rape, illegally detained and forced to confess to crimes they did not commit, between 2013 and 2015.

They are calling on the Met to arrest those involved in the alleged campaign of physical and mental torture, if they ever travel to Britain.

Dr. Mahmoud Al-Jaidah was taken for questioning at Dubai International Airport in 2013, as he flew to see his wife. When he was told he was being taken to sign an interview form, he was actually taken to prison, he claims.

“They were wearing national dress, not police uniforms,” he told RT at Scotland Yard.

“Suddenly I found myself in a GMC car with blacked-out windows. They tied my hands, my legs and they closed my eyes.

“They did not allow me to sleep for three days, not a single moment’s rest.

“I was exhausted. They gave me a half bottle of water. After I drank it I found myself laughing. I became very talkative saying a lot of things.
“They slapped me in my face.

“They told me ‘If you don’t answer us as we want, we will deal with you like this.’

“They started with a stick, beating me in the back, there was bruises on my legs, but I was not seen by a doctor.

“They beat me with the stick and they punched me in the stomach – not only that, they were threatening me.

“They were threatening they were going to hang me by the legs, they said they would pull out my nails and that even they could kill me and nobody would know about it.

“I was thinking about my family, my children, I was crying, it was a very bad situation.”

Al Jaidah, director of Medical Services at Qatar Petroleum and a father-of-eight, was reportedly detained from February 2013 until May 2015.

During that time he was deprived of sleep, food and water, held captive for periods without clothes and was held in solitary confinement for eight-and-a-half months, he claims.

The doctor was also allegedly barred from having books and writing material during his time in prison, and would be allowed to call his family, only for the prison to cut off the connection when they answered.

Finally, he says he was forced to tape a confession of the crimes of “sedition and defamation against the UAE” and released.

Hamad Ali Mohammed Ali Al Hammadi, personal assistant to the Head of Qatar’s State Security Service, made similar claims over his detention between June 2014 and May 2015.

Former employee of the Interior Ministry in Qatar Yousef Abdul Samad Al Mullah says he was also detained in the same period.

All three victims were released in 2015 under an agreement between the UAE and Qatar and the Qatari government compensated its citizens.

However, as tensions between Qatar and Saudi Arabia, the UAE, Egypt and Bahrain reached boiling point, the taped confessions were broadcast on live TV, two years after they were recorded.

The British Foreign Secretary has attempted to help patch up relations between Saudi Arabia and its allies in relation to Qatar.

All four severed ties with Qatar after accusing the nation of supporting extremists and cozying up to chief Saudi rival, Iran.

If the UK police agree to take on the case against UAE officials, British Prime Minister Theresa May could be placed in an awkward position, amid claims the UK constantly bends rules for the kingdom.

The lawyer representing the men, Rodney Dixon QC, is calling for justice to be done in the UK, despite its international ties.

“This referral is a test of the British system’s duty, willingness and ability to uphold international law and human rights, no matter how challenging that may be,” he said.

“The UK legal system has shown time and time again that it will stand by these principles and values. My clients are hoping that this time will be no different.”

Scotland Yard’s war crimes unit, SO15, has begun an assessment of their evidence which includes testimony but no photographs of injuries, which Dixon says are held by the UAE.

If an arrest warrant is eventually issued, the officials could be detained if they travel to the UK.

UK police can convict those accused under the torture under Section 134 of the Criminal Justice Act 1988, regardless of where the crime was committed.

If convicted, prison sentences can stretch up to 20 years.
The men are among dozens of foreign nationals who have complained of torture in the UAE.

Former Leeds United managing director David Haigh claimed he was repeatedly tortured while in prison accused of fraud in Dubai during a 23-month detention.

Al Jaidah warned the international community to act against human rights abuses in the UAE.

“Our complaint is to prevent what is going on,” he said.

“For me, personally, I want to show the dark part of the UAE. It is not only Dubai and development, development of the buildings, they need to develop as human beings.

“They are preventing people from freedom.”