A British academic detained on spy charges in the United Arab Emirates has been released on bail, the UK Foreign Office confirmed. Matthew Hedges had been held in solitary confinement, since his May 5 arrest at Dubai Airport.

The 31-year-old student, according to his wife, Daniela Tejada, was in the UAE to conduct interviews for his doctoral thesis on the impact of the Emirates’ foreign and security strategy.

READ MORE: UK press riddled with spooks, conduits for intelligence agencies keen to score one for the Empire

Hedges appeared at the UAE’s Federal Court of Appeal last Wednesday, accused of spying for Britain, an ally of the UAE. He was subsequently released on bail, according to a Foreign Office spokesperson. 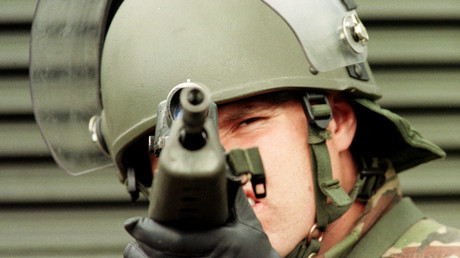 “We are monitoring developments closely and have made the Emirati authorities aware of all our concerns. We continue to do everything we can for Matthew and his family,” the spokesperson said.

“Our staff are in close contact with Matthew’s wife, Daniela, offering her all possible support at what we appreciate is a hugely difficult time. We also remain in regular contact with his lawyer.

Tejada, who had previously spoken of her husband’s panic attacks suffered during his detention, said: “I cannot allow myself to get too excited by this information as Matt is not fully free yet.”

The incident has been a test of the UAE-UK’s so-called ‘special relationship.’ Radha Stirling, CEO of Detained in Dubai and a leading legal expert on the UAE, told RT, that, in light of the Hedges case, Britain should reassess its ties with the oil rich kingdom.

According to analysis of defense exports cleared by Liam Fox’s Department for International Trade (DIT), arms sales to the UAE rose by 94 percent to £260m in 2017.

Hedges’ research is said to have touched on highly contentious issues, such as the UAE military and the Saudi-led coalition’s war against Houthi rebels in Yemen, in which the Gulf nation is an influential participant. The war has seen thousands of Yemeni civilians killed, with the UN warning that the country is facing the ‘world’s worst famine in 100 years’ if the fighting doesn’t stop.

Hedges’ next court appearance is reportedly scheduled for November 21.