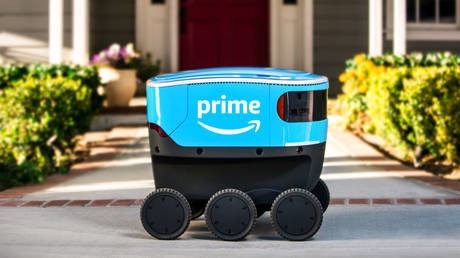 Amazon has launched on-the-road trials of its new delivery bot, but the autonomous device will need to get streetwise pretty quickly, if the Twitter response to it is anything to go by.

The six-wheeled electronic device, about the size of a small cooler, was unveiled by the company weeks ago and is currently being trialed in Tacoma, Washington.

Despite its cute name and bright blue shell, though, people haven’t exactly warmed to the idea.

Throughout the trial period, Amazon said the bot would only deliver during daylight hours and would be accompanied by a – human – employee.

Amazon is proud to announce Scout 2.09, equipped with side mounted machine guns and the latest in racially-biased facial recognition software pic.twitter.com/qwiw6bWNWT