Responding to demands to look into alleged Russian interference in the 2016 election, Twitter executives met with US lawmakers behind closed doors. Despite Twitter’s efforts at transparency, the senior Democrat on the Senate panel left the meeting unhappy.

Twitter’s Vice President for Public Policy Colin Crowell met with with members of the House and Senate intelligence committees on Thursday, discussing the allegations that Russia had abused the platform to somehow interfere in the US electoral process.

After being asked to look into 450 accounts that Facebook flagged as fake and “suspected” Russian bots earlier this month, Twitter found 22 corresponding accounts on their platform and suspended them for violating the company’s rules against spam. Twitter also suspended another 179 “related or linked accounts” that were in violation of their terms of service. None of the 201 accounts were registered as advertisers, the company said.

“Twitter deeply respects the integrity of the election process, which is a cornerstone for all democracies. We will continue to strengthen Twitter against attempted manipulation, including malicious automated accounts and spam, as well as other activities that violate our Terms of Service,”Twitter said. 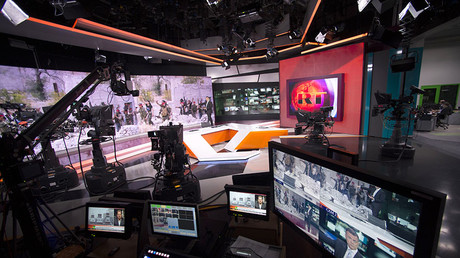 Part of the revelations to Congress was that RT, RT America and RT en Español spent $274,100 for 1,823 US ads for their respective Twitter accounts that “definitely or potentially targeted the US market.”

RT Editor-in-Chief Margarita Simonyan said that she wasn’t aware paying for advertising is now considered suspicious or harmful in a developed democracy such as the United States.

“This is forcing us to go a step further and come clean that we also spent money on advertising at airports, in taxis, on billboards, on the Internet, on TV and radio. Even CNN ran our commercials,” Simonyan said. “By the way, similar campaigns are conducted by the American media in the Russian segment of Twitter. It’ll be very interesting to find out how much they spend on it, who they target and for what purpose.”

During the 2016 election, Twitter said they deleted thousands of tweets and accounts that attempted to “suppress or otherwise interfere with the exercise of voting rights, including the right to have a vote counted, by circulating intentionally misleading information.”

This included tweets that told users they could cast their ballots by text or tweet, which is not true. The company posted tweets to offset these messages, informing users about their local polling places, and providing them with detailed information on each of the candidates.

Twitter also said that they shared the content of deleted tweets with investigators on Thursday. The company added that they did not find any of those accounts had “obvious Russian origin.”

“We have not found accounts associated with this activity to have obvious Russian origin but some of the accounts appear to have been automated,” the company wrote.

Every week, Twitter said their automated systems catch more than 3.2 million suspicious accounts. The company blamed Russia for being the “primary source of automated and spammy content on Twitter for many years,” but did not provide any evidence of that claim.

Though Twitter promised to work with the Federal Election Commission (FEC) and Congress on making the social media platform more transparent, this was apparently not good enough for Senator Mark Warner (D-Virginia), the senior Democrat on the Senate Intelligence Committee.

Warner Twitter after the meeting, saying their presentation was “frankly inadequate on almost every level,” according to CBS News.

“The notion that their work was basically derivative, based upon accounts that Facebook had identified, showed [an] enormous lack of understanding from the Twitter team of how serious this issue is, the threat it poses to democratic institutions, and again begs many more questions than they offered,” Warner said, adding that the American public had the right to know if any ads that appear on Twitter’s newsfeed were “generated by interests from Americans or generated by interests from, by activities of foreign powers.”

Earlier this month, Facebook said that it had identified up to $150,000 in advertising, purchased between June 2015 and May 2017, that was connected to roughly 470 “inauthentic” accounts and pages that were “likely operated out of Russia,” Chief Security Officer Alex Stamos wrote.

Stamos admitted that the “vast majority of ads run by these accounts” had nothing to do with the election, voting, or a particular candidate.

Google said it had failed to unearth any facts that would implicate Moscow in exploiting advertising to manipulate the election.

“We’re always monitoring for abuse or violations of our policies and we’ve seen no evidence this type of ad campaign was run on our platforms,” Google said last week, according to Reuters.

The House and Senate Intelligence Committees have invited Facebook, Google and Twitter executives to testify before Congress on Russia and the 2016 election. The open hearing before the Senate committee is scheduled for November 1.