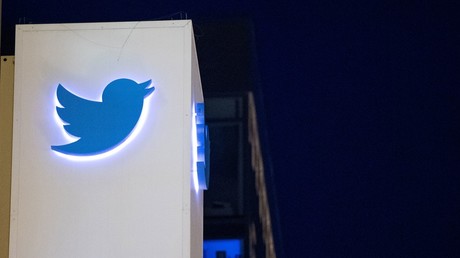 Several Libertarian figures, including the Ron Paul Institute director, have found their Twitter accounts suspended. It comes after tech giants went after right-wing journalist Alex Jones, banning his show from their platforms.

Radio host and editorial director of antiwar.com Scott Horton, former State Department employee and author Peter Van Buren, and Dan McAdams, the executive director of the Ron Paul Institute for Peace and Prosperity, found their twitter accounts suspended on Monday, according to Antiwar.com.

Scott Horton, Peter Van Buren, and Dan McAdams have been suspended from Twitter.
If you go to their accounts, you will see their old tweets, but they are prohibited from making new tweets. They were reported by @KatzOnEarth for criticizing his posts. Please complain to Twitter. pic.twitter.com/kaWAqasLKQ

Horton has been disciplined for the use of improper language against journalist Jonathan M. Katz, he said in a brief statement. McAdams was suspended for retweeting him, he said.

Past tweets in both accounts were available to the public at the time of the writing, unlike the account of Van Buren, which was fully redacted.

Horton and McAdams apparently fell victim of Twitter’s suspension algorithm after objecting to Katz’s quarrel with Van Buren over an earlier interview.

I’ve had my differences with @DanielLMcAdams, but seeing two strong anti-war libertarian voices suspended from Twitter at the same time is alarming. Regardless of disagreements, we must stand together to oppose deplatforming and the erosion of free speech. https://t.co/EQ6SOf5ETo

The suspensions come a day after Alex Jones, and his podcast InfoWars, was kicked out from several popular media platforms, including Facebook, YouTube and Spotify.

Silicon Valley giants were harshly criticized by the US political establishment for failing to prevent alleged Russian interference in the 2016 presidential election through their platforms. Critics say the pressured media giants are now engaged in political censorship, using their market dominance and lack of legislated neutrality requirements to target descent voices.