Twitter said it failed to add any new monthly active users globally during its second quarter. Its user base declined to 68 million, from 70 million in the first quarter of 2017.

In a letter to shareholders, Twitter CEO Jack Dorsey said the company was “strengthening our execution which gives us confidence that our produce improvements will continue to contribute to meaningful increases in daily active usage,”according to Variety.

Its global user base was 328 million. Analysts had been expected it to add at least a few million users.

Twitter’s stock tumbled as much as 10 percent in pre-market trading on Thursday following the earnings report, according to CNN Money. The company remains unprofitable and is yet to post a net profit.

Advert engagement in the industry grew 95 percent year-on-year in the second quarter.

Twitter has tried to shift focus to growth in the number of people using Twitter daily, as opposed monthly. It’s daily active user base grew 12 percent from the same quarter a year ago, showing greater engagement with the platform. Twitter did not break out the number of daily users.

“Our focus has been on daily active usage,” Anthony Noto, Twitter’s chief operating officer, said on the call. “We believe we have content that’s relevant to everyone in the world and it’s relevant every day.” 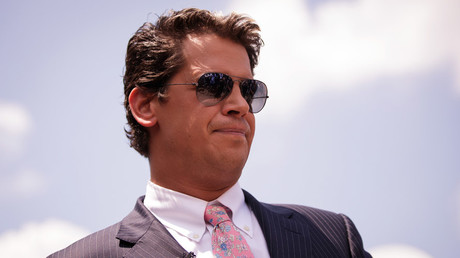 The company touted its expansion into livestreaming, delivering more than 1,200 hours of live video. Its 625 video events reached 55 million unique viewers, an increase of 22 percent from the previous quarter.

More live video is coming later in 2017, including Stadium, a live collegiate sports channel, and a 24-hour news channel in partnership with Bloomberg.

In April, the company added Twitter Lite, a less data-intensive version of its service that can be accessed via a mobile web browser and takes up less than 1 megabyte of storage.

Twitter’s CEO Jack Dorsey said the move was to attract users in low-data parts of the world, such as India, where Twitter found the “app was way too slow to access.”

The company has also had to contend with abusive activity on its platform. The company reported it is taking daily action on 10 times as many abusive accounts compared with the same time last year.

“People are reporting significantly less abuse on Twitter today than they were six months ago,” Dorsey said on the earnings call.

CNN Money reported trolling on users has scared off advertisers and potential buyers. It reported that cloud computing company Salesforce had ruled out a bid for Twitter over concern the platform could not handle online abuse and trolls.