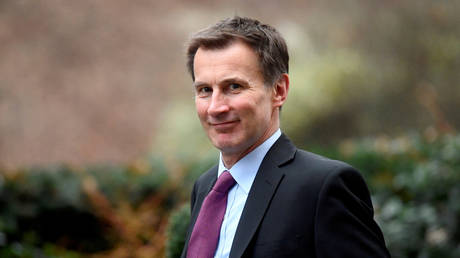 UK Foreign Secretary Jeremy Hunt’s tweet about a media freedom event was met with swift mocking on social media, as many reminded him of WIkiLeaks founder Julian Assange’s situation and the Saudi killing of Jamal Khashoggi.

“Free media is the lifeblood of democracy,” Hunt tweeted as he announced the “first ever ministerial-level media freedom conference” in London in July, adding the hashtags #DefendMediaFreedom and #JournalismIsNotACrime.

Social media users were quick to respond, calling on Hunt to “Free Assange first,” and asking whether the WikiLeaks founder would be giving a speech at the event.

WikiLeaks pointed out that the UK is the “only state in the EU to be arbitrarily detaining a publisher – in violation of two UN rulings.”

Assange has been stuck in the Ecuadorian embassy in London since 2012. He faces arrest by UK authorities for skipping a bail hearing if he leaves the embassy, and fears he will be extradited to the US where he faces secret charges for publishing leaked documents, including Afghanistan and Iraq war logs, diplomatic cables and the CIA’s Vault 7 hacking capabilities. UK police presence is high around the embassy, and had cost the UK taxpayer over £14 million by 2016.

Others called on Hunt to “comply with the UN decision to allow a safe passage and compensation for years of arbitrary detention in London to Julian #Assange,” reminding the foreign secretary that the Australian is an award-winning editor.

Some took aim at the UK media landscape in general, criticising its bias and reminding Hunt of previous embarrassments such as the News International phone hacking scandal.

Nobody trusts the uk press pic.twitter.com/9cfjVJBxED

Hunt is also under pressure to adequately address the dismembering of Washington Post journalist Jamal Khashoggi by Saudi officials when he visits Saudi Arabia next week.

However, last week it was revealed that the foreign secretary tried to convince Germany to start selling arms to the Kingdom again after it stopped over concerns about Khashoggi’s killing and the war in Yemen.