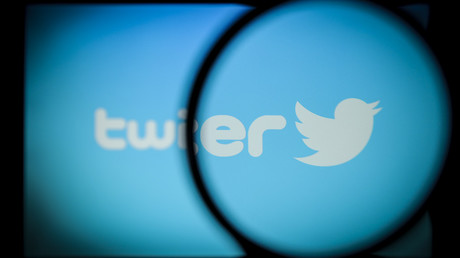 Twitter has wiped thousands of ‘automated accounts’ that sought to discourage midterm voting, after Democrats raised concerns the electorate might fall for bogus appeals, like urging men not to vote to let women’s voices be heard.

Thousands of accounts have been removed from Twitter as they were deemed to have been engaged in “attempts to share disinformation in an automated fashion,” the social media company confirmed on Friday. Twitter did not name the exact number of suspended accounts but several reports suggested that it might amount to over 10,000.

The company did not provide any details about the nature of the deleted pages but said that it was the Democratic Congressional Campaign Committee (DCCC) that drew its attention to the suspected malicious activity. “We took action on relevant accounts and activity on Twitter,” a Twitter spokesman told Reuters via email. The removals took place in late September and early October.

While few details were revealed, some accounts allegedly posed as Democrats and called on the voters not to come to the polls under various bogus pretexts. Others, for instance, reportedly urged male voters not vote as it would “drown out” the voices of women.

Ahead of midterms, Twitter established communication channels for both major US parties to report any suspicious activities but did not mention any complaints from Republicans. “For the election this year we have established open lines of communication and direct, easy escalation paths for state election officials, DHS, and campaign organizations from both major parties,” the statement said.

Twitter has its own method of tracking spam and bot accounts which it suspects of manipulating public discussion on its platform. “We’re achieving meaningful progress in our efforts to make Twitter a healthier and valuable everyday service,” Jack Dorsey, a Twitter chief executive, said, as the company revealed that the average monthly number of its active users fell by nine million between the end of June and the end of September.

The Democrats, however, do not seem to fully trust Twitter’s efforts and created what they called their own system for spotting malicious accounts using technology developed by the University of Indiana. The move came as the party felt it was unable to respond to the dissemination of what it called “negative and false” information about its presidential candidate, Hillary Clinton, back in 2016.

At least this time no one seems to be rushing to blame Russia… yet. Twitter said so far that the account network it shut down appeared to have been run out of the US, providing no further details, however.