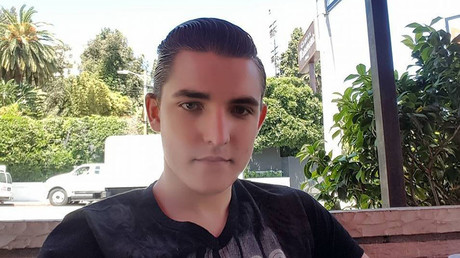 Iranian people are desperate for US President Donald Trump to bomb their country and topple the government in Tehran, according to “conservative, Trump supporter, Zionist” Jacob Wohl.

Wohl, 20, tweeted that Iranian people are sending him direct messages “all the time” professing that they wish the United States would “bomb their country” in order to provoke regime change. In another tweet, Wohl said the Iranian people would welcome and invasion led by the US and Israel “with open arms.”

But Twitter wants proof. Skeptical users responded to Wohl’s claim, suggesting he might not be telling the truth. One person, who also seems to be a Trump supporter, asked if Wohl could perhaps post screenshots of the messages. “Start posting those,” he wrote. “Would like to see them.”

Sure they do. Do you also get email from Nigerian princes?

Other users mocked Wohl by posting images of the not-so-nice direct messages they sent him after the tweet.

Wohl, who has been re-tweeted by Trump on several occasions, is the founder of the conservative website The Washington Reporter, where he pens articles with headlines like “It’s Time to Mercilessly Bomb Iran” and “For Jews, Supporting Trump is a Moral Imperative”.

Last year, Bloomberg editor Joe Weisenthal joked on Twitter that Wohl might be in line for a job as the next chairman of the Federal Reserve. But Wohl wasn’t joking when he told Bloomberg that “anything could happen” and that, if an opportunity arose to work in the White House, he would “look at it closely.”

Wohl’s suggestion that Iranians would welcome an invasion with “open arms” is reminiscent of comments made by former US Vice President Dick Cheney in the lead-up to the 2003 invasion of Iraq.

“My belief is we will, in fact, be greeted as liberators,” Cheney said at the time. To say it didn’t quite play out like that would be an understatement.

At the time of writing, Wohl has not produced any evidence that scores of Iranians are sending him messages begging for a US invasion. So, we can probably file this one under ‘fake news.’