The strategy, published on Monday, is the first ever to be issued during an administration’s initial year in office. It highlights major threats to US national security as well as foreign policy approaches. While the document itself brands Russia and China the top threats, Trump addressed them as “rival powers” that “challenge American influence, values and wealth” as he unveiled the strategy. 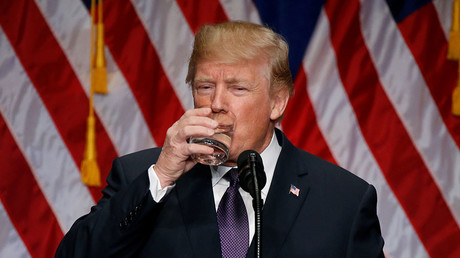 What Trump said shows not just his stance toward Moscow and Beijing, but also how the current establishment wants him to treat them, Republican Senator Richard Black told RT in an email statement. The senator says that the only “man of peace” who could have followed Trump’s line was former National Security Advisor General Michael Flynn. However, Trump “is now surrounded by war hawks,” and some in his foreign policy team “have failed to move beyond the disastrous policies” of Trump’s predecessors, George W. Bush and Barack Obama, according to Black.

“I believe the ‘Deep State’ actors rushed this National Security Review to completion in order to use it as a tool to dominate the foreign policy of President Trump,” the senator told RT. “I believe that President Trump views Russia and China as economic competitors – not as enemies,” he added.

At the same time the document “drastically reverses Donald Trump’s campaign promises to normalize relations with Russia, work with the Syrian government, limit US involvement to defeating ISIS [Islamic State, IS], and downplaying our relations with NATO.”

While Trump has previously advocated cooperation with Russia on a range of international security issues, the strategy accuses Moscow of “subversive political interference,” destabilizing Eurasia and increasing “the risk of miscalculation.” This criticism, however, fails to acknowledge Washington’s own “vast and long-standing policy of regime change and repeated instigation of political coups across the globe,” Black pointed out. The senator stressed that NATO is conducting “extraordinarily aggressive and provocative moves at the very border of Russia” and said that the “risk was not caused by Russia, but by NATO, which justifies its existence by painting Russia as a hostile state.” 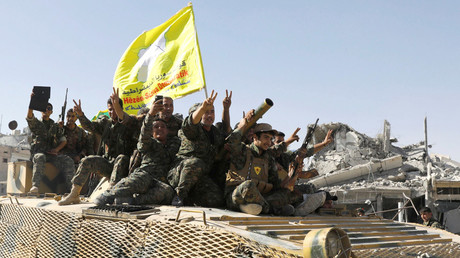 Another failed promise is non-involvement in other states’ domestic policies, Black believes, noting that Trump strongly criticized regime change during his campaign. The current military and foreign policy team is unlikely to fulfill the US leader’s “desire to draw back from this failed policy,” he added.

“We now occupy 11 military installations on Syria’s sovereign territory in clear violation of international law,” the politician said. He added that Washington “has never sought, nor was it ever granted permission to overfly or occupy Syria” – unlike Russian troops fighting terrorists in Syria, who had been asked to help by the Syrian government.

Despite Trump “technically” ordering an end to US weapons being sent to militants in Syria, “proxy arms dealers like Saudi Arabia and Qatar are apparently still flooding the region with arms,” the senator says, citing the absence of any sign of a reduction in terrorists’ armaments.

“Have we given up on the ideology of regime change? I remain hopeful that the president will move in this direction, but I am apprehensive that his desire to draw back from this failed policy will not be implemented by his present military and foreign policy team,” Black said.