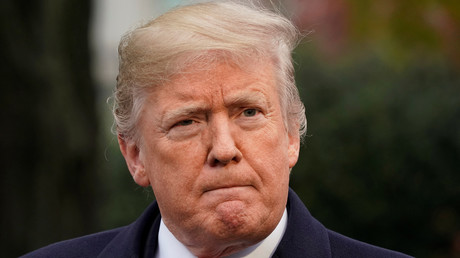 Trump’s bid to delay efforts pulling the plug on his asylum ban have been thwarted by a San Francisco court, signaling a major loss in the Trump administration’s ongoing battle over immigration policy.

Despite strong division on the question, the 9th Circuit Court of Appeals made a 2-1 decision to shut down the president’s delay efforts on Friday. The delay was the administration’s latest effort to uphold a controversial ban on asylum requests for migrants who enter the US illegally.

“We agree with the district court that the Rule is likely inconsistent with existing United States law. Accordingly, we DENY the Government’s motion for a stay,” the ruling reads.

While Department of Justice spokesman Steven Stafford did not have any direct comment, he did say that he looked forward to “continuing to defend the Executive Branch’s legitimate and well-reasoned exercise of its authority to address the crisis at our southern border,” implying that the Trump administration will not be giving up just yet.


The attempted ban was initially suspended by Judge Jon Tigar of the US District Court for the Northern District of California, who issued a restraining order against the rule, saying that it violated US law.

Trump successfully appealed the decision in late November after attacking the Obama-appointed judge and court for months on social media, claiming that the decision was motivated by the judge’s allegiance to the former president.

Justice Roberts can say what he wants, but the 9th Circuit is a complete & total disaster. It is out of control, has a horrible reputation, is overturned more than any Circuit in the Country, 79%, & is used to get an almost guaranteed result. Judges must not Legislate Security…

Friday’s appeal decision marks a significant loss in the president’s signature crusade against illegal immigration, an issue which has exploded in the national media after a group of migrant demonstrators attempted to rush past border agents, leading to clashes and deployment of tear gas.