US President Donald Trump has warned Syrian leader Bashar Assad not to attack Idlib province, one of the last terrorist hideouts in the country, also advising Iran and Russia against taking part in the “potential human tragedy.”

Expressing his concern that hundreds of thousands of lives might be at risk during the Syrian army’s looming operations to clear the Idlib province of militants, Trump on Monday afternoon cautioned Damascus, as well as Moscow and Iran, against “making a grave humanitarian mistake.”

President Bashar al-Assad of Syria must not recklessly attack Idlib Province. The Russians and Iranians would be making a grave humanitarian mistake to take part in this potential human tragedy. Hundreds of thousands of people could be killed. Don’t let that happen!

“President Bashar al-Assad of Syria must not recklessly attack Idlib Province,” Trump tweeted. “The Russians and Iranians would be making a grave humanitarian mistake to take part in this potential human tragedy.” 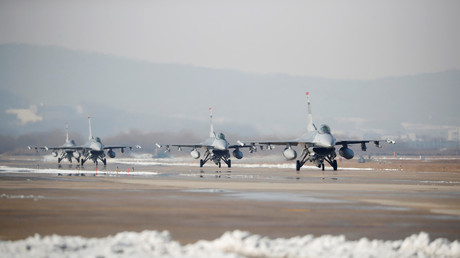 Russia, which has yet to comment on the latest statement from the US leader, has been working for weeks to establish humanitarian corridors in Idlib province. Shortly before Trump’s tweet, Foreign Minister Sergey Lavrov noted that Russia, Turkey and Iran are working to separate armed opposition and terrorists in the area so that any potential military operations spares civilian lives. At the same time, Lavrov stressed that terrorists in Syria are still being supplied with weapons and munitions.

For the last couple of weeks, the Russian military has also been warning that militants are preparing to stage a fake chemical weapons attack in Idlib in order to frame Damascus. Moscow repeatedly raised concern that such a false flag attack could serve as a pretext for the US and its allies to carry out airstrikes on Syrian government targets, which would further jeopardize the reconciliation process in the country.