US Army Sergeant Bowe Bergdahl has been spared jail time by a military court, receiving a dishonorable discharge instead. Donald Trump condemned the ruling, branding it a “disgrace” to the US and its military.

A military judge made the ruling in Bergdahl’s case on Friday. The serviceman was captured by Taliban in Afghanistan back in 2009, when he deserted his post. Bergdahl claimed he did so to report a case of “leadership failure” in his unit. 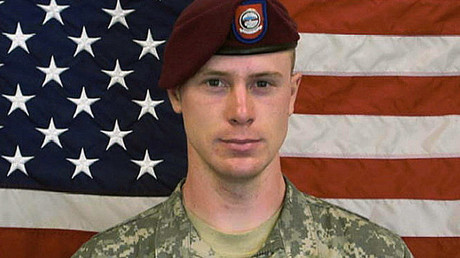 His disappearance prompted a hasty search-and-rescue operation, which resulted in several US soldiers being injured and a combat dog being killed. Bergdahl spent five years in Taliban captivity until he was exchanged in 2014 as part of a prisoner swap with the militant group.

Taliban released him in exchange for five men who were associated with the group and were detained at Guantanamo Bay, Cuba.

Bergdahl was subsequently charged with desertion and misbehavior before the enemy by endangering the safety of a command, unit or place. Back in August, Bergdahl pleaded guilty to both charges, which could have resulted in a maximum punishment of life in prison.

The prosecution argued for Bergdahl to be sent prison for 14 years owing to the injuries US servicemen sustained during the botched efforts to rescue him.

However, the military judge spared Bergdahl a prison sentence, instead ruling that he be dishonorably discharged from the US Army. Such a discharge will result in Bergdahl being stripped of all his veteran’s benefits. In addition, it is treated as the equivalent of a felony conviction in many states, accompanied by the same loss of civil rights for the discharged soldier.

US President Donald Trump has condemned the ruling on Bergdahl’s case, branding it a “complete and total disgrace” in a tweet.

The decision on Sergeant Bergdahl is a complete and total disgrace to our Country and to our Military.

During his presidential campaign, Trump repeatedly criticized the Obama administration’s decision to engage in a prisoner swap with the Taliban, and even called Bergdahl a “no-good traitor who should have been executed.” 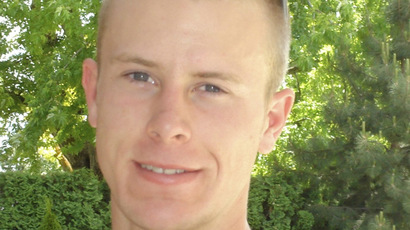 Trump’s handling of the controversial case corresponded with the position of his fellow Republicans, namely Senator John McCain, who vowed to take action if the punishment for “deserter” Bergdahl was not harsh enough. The comments were made in October 2015, when the investigation into Bergdahl’s case was only starting.

The desire to punish Bergdhal harshly, despite his five years as a POW, expressed by a number of politicians and military officials, has raised many eyebrows. Some alleged that the US prison swap with Taliban was intended to silence the sergeant rather than rescue him, since he criticized the US military in his letters to family while in captivity. In the letters, Bergdahl cited disorganization and bad leadership in his unit as reasons for going AWOL.

“Leadership was lacking, if not non-existent,” he wrote in a March 23, 2013 letter. “The conditions were bad and looked to be getting worse for the men that were [actually] the ones risking [their] lives from attack.”