Theresa May has demanded an apology from the White House. No, not the British prime minister – the Theresa May that Donald Trump accidentally tagged on Twitter.

The wrong Theresa May, aka Theresa May Scrivener, or @theresamay, was hit with a barrage of tweets on Wednesday when the president of the United States mistakenly tagged her in a post aimed at the British leader. Wouldn’t be much of a problem if it were anyone else – but Trump has 43.7 million followers. Poor Theresa only had six. 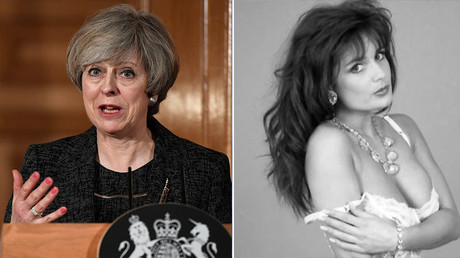 Last night she was shocked to find the POTUS attacking her from his @realDonaldTrump account. Trump was hitting back at the prime minister for telling him he was wrong to retweet Britain First messages online.

His tweet read: “@TheresaMay, don’t focus on me, focus on the destructive Radical Islamic Terrorism that is taking place within the United Kingdom. We are doing just fine!”

Theresa May Scrivener, who goes by the Twitter handle Theresa May, was suddenly very popular. Scrivener told the Press Association: “If I wanted to be famous I would have gone on X Factor. It’s amazing to think that the world’s most powerful man managed to press the wrong button. I’m just waiting for a call from the White House with an apology.”

Apologies flooded in after the mistake was realized, but not from Trump. “I’m just glad he was not contacting me to say he was going to war with North Korea,” May added. 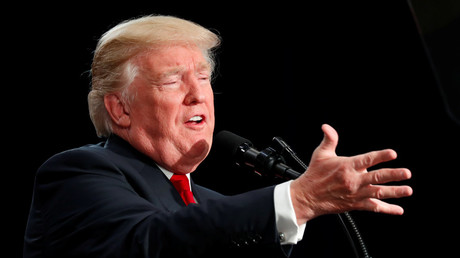 “It has been very surreal. I am laughing about it now but he is the one who sent the tweet and I have been inundated with calls. I haven’t been able to leave my house. I’ve been bombarded and been contacted by press from around the world.”

Scrivener was in bed when the tweet went off in the early hours. “I wasn’t really sure what to make of it. I was in bed by half 10 last night and oblivious to it all,” she said.

She nevertheless insists she will keep her Twitter handle. “He needs to think before he tweets. We – Theresa May and I – are so different. Our profiles are completely different. She runs the country, I’m a mom from Bognor.”

She also said the mistake would not cause her to change her name. “Why should I? It’s my name, I’m not going to change it.”