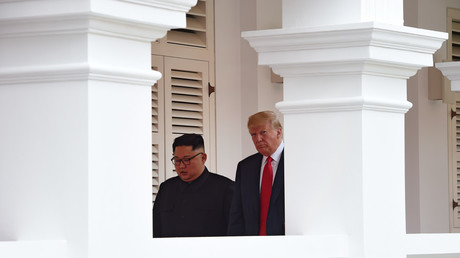 North Korea’s Leader Kim Jong-un has agreed to visit the White House, according to US President Donald Trump.

The US president made the announcement in Singapore as he discussed a deal to start denuclearization on the Korean Peninsula.

Asked whether he plans to visit Pyongyang in the future, Trump said that he would consider it. He also revealed that Kim Jong-un had accepted an invitation to Washington, DC.

“At a certain time I will [travel to Pyongyang]. That will be a day I very much look forward to. I also will be inviting chairman Kim at the appropriate time to the White House. He has accepted… we want to go a little bit further down the road,” Trump said.

However the president did offer a degree of caution when he said that it’s too early to establish diplomatic ties. “It’s not a big deal to meet. I think we should meet on a lot of different topics not just this one,” he said.