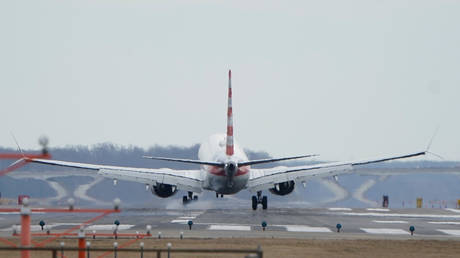 US President Donald Trump has appointed the former head of flight operations for Delta Airlines to run the Federal Aviation Administration, currently under scrutiny for allowing the troubled Boeing 737 MAX 8 to carry passengers.

Steve Dickson, who spent 27 years with Delta before retiring in October as senior vice president of flight ops, is joining the agency in the midst of its most turbulent period in recent history, with Transportation Secretary Elaine Chao having requested an audit of its certification of the aircraft, two of which have been involved in horrific crashes over the past five months.


While Dickson’s name had reportedly been under consideration since November, Trump allowed the FAA to go without an official head for over a year following the end of Obama-era agency chief Michael Huerta’s term. Daniel Elwell, who led the FAA under George W. Bush, has been running the agency in an interim capacity without being confirmed by the Senate.

The man from Delta will be the first FAA head in three decades to have come directly to the job from a senior airline position – something of a pattern for Trump, who has recruited a number of cabinet members from the ranks of corporate America to staff the agencies tasked with regulating their former employers. Acting Defense Secretary Patrick Shanahan, who previously worked for Boeing, is just one such appointment.


The FAA is under fire for allowing Boeing to conduct crucial parts of its own safety testing and certification process. A group of current and former engineers from both the regulator and the aircraft manufacturer claims the FAA merely took Boeing’s word that their new plane was safe – an oversight that other countries then allegedly magnified by conducting only minimal testing of their own, assuming the US watchdog wouldn’t have certified an unsafe aircraft. Boeing is also accused of “cutting corners” to quickly certify the plane in order to compete with the new Airbus A320 Neo – between them, Airbus and Boeing comprise the lion’s share of all passenger airliners – and of failing to properly train pilots to work with the onboard systems.

Ethiopian Airlines Flight 302 crashed earlier this month shortly after taking off from Addis Ababa en route to Nairobi, killing all 157 people on board after diving unexpectedly into a field. It was the second Boeing 737 Max 8 to meet such a fate in under six months, and investigators have pointed to “clear similarities” between this crash and the Lion Air Flight 610 disaster in October, which killed 189 people.