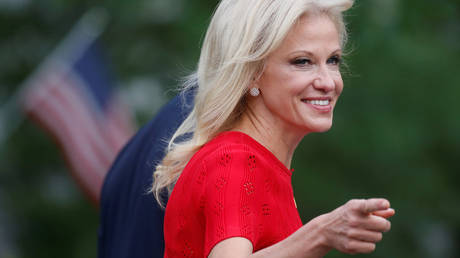 US President Donald Trump turned his public dislike of George Conway up a notch on Twitter on Wednesday, branding the husband of his advisor Kellyanne Conway a “stone cold loser” and the “husband from hell.”

In the fiery tweet, Trump also claimed that “Mr. Kellyanne Conway” was “VERY jealous of his wife’s success” and “angry” that he had not been given a White House job he “so desperately wanted.”

George Conway, often referred to as Mr. Kellyanne Conway by those who know him, is VERY jealous of his wife’s success & angry that I, with her help, didn’t give him the job he so desperately wanted. I barely know him but just take a look, a stone cold LOSER & husband from hell!

Conway has frequently irritated Trump by publicly criticizing him on Twitter, even questioning his mental health, despite his wife’s high profile role as one of the president’s closest advisors. Responding to Trump’s attack, Conway fired back: “You. are. Nuts.”

It was the second time in two days that Trump had called Conway a “loser” on Twitter.

Responding to Conway’s comments about the sentencing of former Trump campaign chairman Paul Manafort, Trump 2020 campaign manager Brad Parscale tweeted on Tuesday that Conway was “jealous” of his wife’s success and that Trump “doesn’t even know him.”

Trump retweeted Parscale, adding that Conway is “a total loser!”