Do you remember the Zune?  I barely do.

Do you remember the iPod?  Silly question.

The iPod changed everything.

While the Zune was technically superior in nearly every way to the iPod, the iPod became a phenomenon. And then it became the iPhone and the rest was history.

Why?  Because Apple focused on how the iPod made your life better.

In marketing there is something called “The Chasm.”  It’s an idea put forth by Geoffrey Moore in the early 90’s.  Getting 16% market share is easy. There are nearly always one in six people who are willing to adopt the new or different thing. 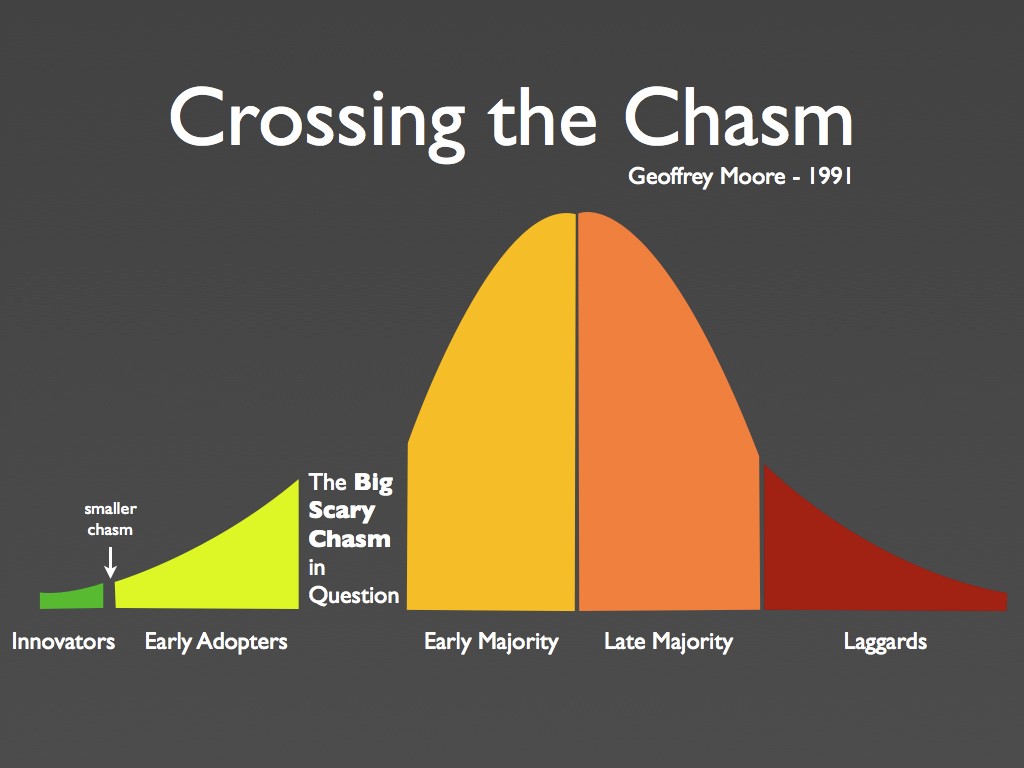 But, to become a social phenomenon that ‘new thing’ has to ‘cross the chasm’ by shifting the marketing message from its newness and superiority to why this ‘new thing’ will make your life better.

The message has to appeal to people’s sense of shared experience and community.  And if that shift is successful your product or message will ‘cross the chasm’ and see mass adoption.

Conditions have to be right and the message aligned perfectly with them.
If you do your new thing will explode in the public consciousness literally overnight.

Look at how quickly Jordan Peterson has blown up.

Conditions were right for people to receive his message.  And all it took was the right moment for him to stand up to a virulent ideologue like Kathy Newman of the BBC to become a hero to millions.

So, what does all this 16% Chasm stuff have to do with Donald Trump?

After all, he crossed the chasm and won the presidency.