Already engaged in numerous trade disputes across the globe, Donald Trump has slammed India as a “tariff king” which is clinging to the “privilege” of trading with US and struggling to negotiate a deal to appease Washington.

“India, which is the tariff king, they called us and they said, ‘we want to start negotiations immediately,’” Trump said Monday as he announced a new trade agreement between the United States, Mexico and Canada that would replace the 1994 NAFTA. New Delhi allegedly reached out to United States Trade Representative Robert Lighthizer in an effort to negotiate new terms just to keep president Trump “happy.” 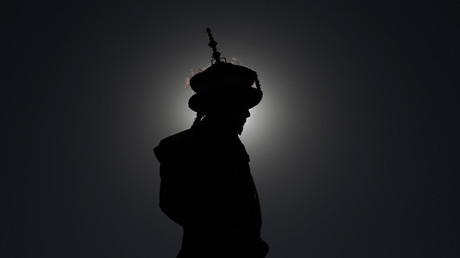 India and the US have been trying to negotiate favorable trade conditions since June after Washington slapped the country with new steel and aluminum import duties in March. While New Delhi threated tariff hikes on 29 American products worth $10.6 billion as early as August, Prime Minister Narendra Modi’s government reportedly decided to postpone the retaliatory measures pending negotiations with US officials who seek to reduce its $31 billion deficit with India. Unless an agreement is reached between the sides, India’s hikes will go into effect on November 3. In a similar set of comments last Saturday, Trump noted that India wants to negotiate a trade deal with the US to avoid further tariffs on their products. Overall bilateral trade between two nations stood at $115 billion in 2016.

Patting himself on the shoulder, on Monday, Trump claimed that his aggressive protectionist trade policies against other countries, namely China, are pressuring other nations to come seek new terms with the US to avoid possible commerce disputes.

READ MORE: US lost its credibility by engaging in trade war with the world – Erdogan

The US president called it a “privilege” for trading partners like China the European Union, to do business with the US, accusing them of staging an “attack” on the “piggy bank.” Commenting on deteriorating trade relations with China in wake of the latest round of tit-for-tat tariffs on $260bn of bilateral trade, Trump noted that he is not yet ready to stop the trade war with Beijing. “China wants to talk, very badly,” Trump said. “And I said, frankly, it’s too early to talk. Can’t talk now.”