The Trump administration is moving to loosen restrictions on offshore and natural gas drilling put in place during the Obama era after the 2010 Deepwater Horizon spill.

The Trump administration is poised to roll back offshore drilling regulations that were put in place after the worst oil spill in U.S. history https://t.co/WoD72opSZx

“By reducing the regulatory burden on industry, we are encouraging increased domestic oil and gas production while maintaining a high bar for safety and environmental sustainability,” said BSEE Director Scott Angelle in a statement Thursday.

That statement was undermined by Angelle’s predecessor, Michael Bromwich. He said the regulations had not been in place long enough to determine if they were burdensome on the industry. “The argument that the regulatory burden needs to be lifted is not credible,” he said Thursday. 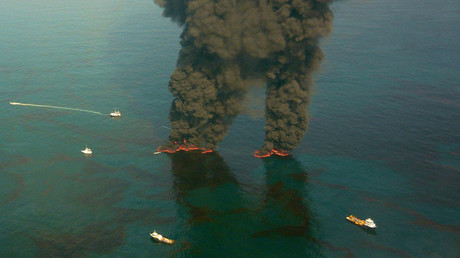 The British Petroleum Deepwater Horizon spill in 2010 created an environmental disaster, dumping 4.9 million barrels of oil into the Gulf of Mexico and polluting more than 1,300 miles of shoreline. It killed 11 workers and caused $17.2 billion in damage to natural resources. It was the worst oil spill in US history.

Independent verification of a blowout preventer – the device that failed to work in the BP spill – could have prevented the disaster.

BSEE said the amendments would save the oil and gas industry $33 million annually and would not compromise safety, the environment or worker protections.

“The proposed revisions to the Production Safety Systems Rule mark an integral step in the regulatory reform promised by President Trump,” Randall Luthi, the group’s president, said Thursday. “This ‘second bite at the apple’ provides an opportunity for further dialogue, discussion and debate to assure the nation’s offshore energy resources are developed safely and expeditiously.”

Environmental advocates warned that scrapping the regulations would create conditions for another major spill.

“Rolling back drilling safety standards while expanding offshore leasing is a recipe for disaster,” Miyoko Sakashita, director of the oceans program at the Center for Biological Diversity, said in a statement. “By tossing aside the lessons from the Deepwater Horizon oil spill, Trump is putting our coasts and wildlife at risk of more deadly oil spills. Reversing offshore safety rules isn’t just deregulation, it’s willful ignorance.”