The US Treasury has warned that imposing new sanctions on Russia’s sovereign debt market could cause massive repercussions for the US, a new unclassified document warns.

The memo, obtained by Bloomberg, outlines the risks of expanding existing sanctions on Russia to include new sovereign debt and derivatives. The Treasury did not release the report publicly.

The memo warns that sanctions “could hinder the competitiveness of large US asset managers” and have “negative spillover effects into global financial markets.” This could lead to a “Russian retaliation against US interests.” 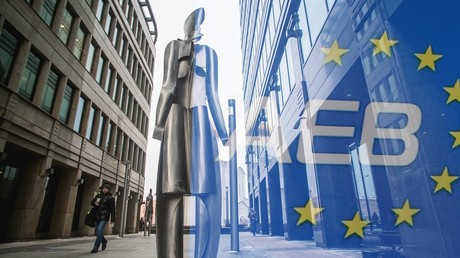 The report concludes that given the size of Russia’s economy and its “prevalence in global asset markets,” the effects of sanctions would be damaging to the US. The Russian sovereign debt and derivatives market is one of the largest among emerging markets.

Congress had ordered the report on the impact of potential sanctions on Russian sovereign debt amid sweeping sanctions against Moscow passed last August. This was in response to alleged Russian interference in the 2016 US election.

On Tuesday, the US Treasury published its ‘Kremlin’s List,’ featuring the entire Russian government among some 114 other top officials, as well as 96 prominent business figures. The list was strongly condemned by politicians in Moscow, with Russian MP Irina Yarovaya likening the step to the US opening “an ‘economic Guantanamo’ for global business.”