The Treasury Department’s top anti-money laundering official is reportedly taking a top seat at HSBC, a bank struggling to cope with a record $1.9 billion settlement with the US government in a case involving a Mexican drug cartel and financial fraud.

Jennifer Shasky Calvery, the director of the Treasury Department’s Financial Crimes Enforcement Network (FinCEN), is going to officially step down on May 27, nearly four years after she took the post in 2012, Reuters reported. She also used to serve as federal prosecutor, leading the department’s anti-money laundering unit.

“I hope that we have enhanced the agency’s solid foundation so that FinCEN can best perform its mission for years into the future,” Shasky said in a press release. 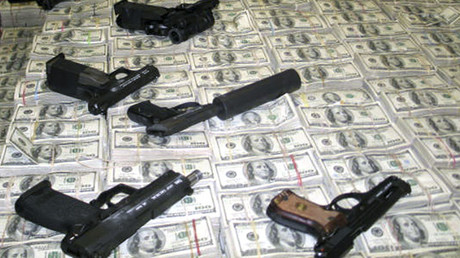 Her move to a top position at HSBC Holdings Plc has been confirmed to the news agency by two unnamed sources.

According to one source, Shasky will join HSBC in a senior global financial-crime fighting role as the bank is struggling to comply with the Justice Department’s five-year deal struck in the money-laundering case settlement.

In 2012, HSBC agreed to pay a record $1.92 billion in fines to US authorities for allowing Mexico’s Sinaloa cartel and Colombia’s Norte del Valle cartel to launder $881 million through HSBC and a Mexican unit.

It was accused of failing to “help secure the United States financial borders and left dangerous gaps that international drug dealers and other criminals readily abused.”

As part of a deferred US prosecution agreement that year, the bank admitted to multiple compliance failures as well as neglecting to heed warning signs in its Mexican office.

“The penalties reflect the damage to the integrity of the US financial system inflicted by HSBC, and the federal government’s intolerance of behavior and business practices that disregard BSA requirements and US sanctions regimes,” Treasury said at the time.

In February 2016, the families of US citizens who were brutally murdered by Mexican drug cartels sued HSBC, accusing the bank of allowing crime lords to launder billions of dollars and shatter lives in the process.

The legal complaint, filed in court in Texas, also argued that by participating in Mexican cartels’ money laundering schemes, HSBC contributed directly to the international drugs trade and the brutality that encompasses it.

The plaintiffs said that HSBC was liable under the US Anti-Terrorism Act, which states that survivors of those killed in terror attacks may sue for damages.