Dickensian workhouses for Britain’s poor should be brought back, according to a Facebook group – which counted a Conservative Housing Minister Dominic Raab among its members.

Workhouses in Britain were home to the most vulnerable in society – the orphaned, the disabled, the sick and elderly – and those who were unfortunate enough to turn to them were worked into the ground in harsh conditions. Life inside the institutions was famously portrayed in Charles Dickens’ Oliver Twist.

Raab was linked to a private group called ‘The Ultras,’ the aim of which is to “pressure the mainstream of the Conservative Party that such policies as: Privatisation of healthcare, the sale of all council housing at market value, and Workhouses for debtors are right and have found their time to enter Britain.” 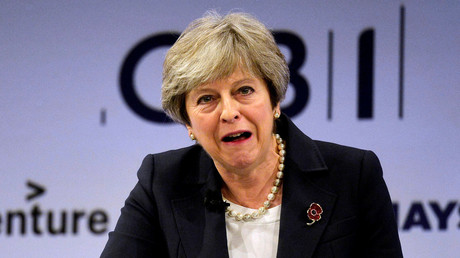 The group’s page states: “Britain is a nation that has been shooting at it’s [sic] own feet for too long” and that “too much tolerance of socialism has cost us a trillion pounds.”

It calls for the privatization of the NHS and for Britain’s council houses to be sold off. Raab has insisted his membership of the group was an accident, though the minister has been in trouble for his views before.

In 2012, he was one of five Tory MPs who branded Britons “the worst idlers in the world” in a co-authored book. In 2017, he claimed most food-bank users were not “languishing in poverty,” blaming “cash-flow problems” for the huge rise people needing food parcels.

In February, he said: “In my view, as we strive to build more affordable housing, every effort must be made to avoid building on green belt, and I hope this is a shared objective across national and local government.”

Raab told BuzzFeed News that he had no involvement with the 14-member group. “I wasn’t aware of this group, let alone that I had inadvertently and mistakenly been linked on Facebook. I have corrected it, and needless to say I do not support its aims,” he said.

It is not clear how Raab could have been unaware of the group, since Facebook notifies people when they are added to such pages. Mr Raab left the group upon being approached by Buzzfeed for comment.