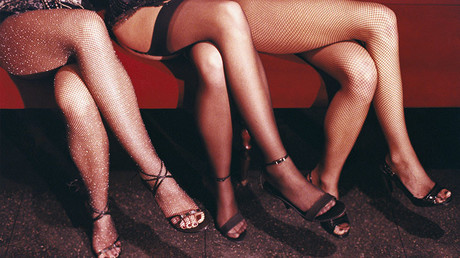 A self-described “astronomically” wealthy Tory donor is making huge profits from an apartment building reportedly full of prostitutes, leading to calls for Theresa May’s party to hand back the thousands of pounds in donations.

Property tycoon Christopher Moran’s Chelsea Cloisters, an apartment block in west London, is said to be providing a base for up to 100 sex workers, according to an investigation by The Sunday Times.

The escort trade is so prolific at the luxury tower in the borough of Kensington and Chelsea, that punters have described it as “Sodom and Gomorrah” and “10 floors of whores,” according to the paper.

There is no suggestion Moran is directly involved in prostitution allegedly being conducted at Chelsea Cloisters.

Moran, who is believed to have donated £290,000 to the Tory party, in both a personal capacity and through his companies, owns the freehold on all 670 flats. His property firm also owns the leasehold on over 200 more within the upmarket apartment complex.

The millionaire’s companies are said to make around £8m a year in revenue from the apartment block, including service charges on the flats not rented by Realreed, which has an office on the ground floor.

The entrepreneur has a personal fortune in the region of £404m, according to the latest Sunday Times Rich List.

A lawyer representing him has insisted his client has not tolerated sex work and on the “small number of occasions” complaints had been made, his company had acted to “address” the issue, the Independent reports.

Labour’s Gavin Shuker, MP for Luton South, who chaired an all-party parliamentary group which published a report on the sex trade earlier this year, said the Tories should not hold on to Moran’s donations.

“Theresa May must now give that money to charities that assist victims of human trafficking and use her powers to change the law and to tackle demand,” Shuker said.

Greg Hands MP, the Tory MP for Chelsea and Fulham, told The Sunday Times that he had passed on information he had gained from a disgruntled Chelsea Cloisters resident to the London Metropolitan Police.