A young Tory who is a member of the exclusive Bullingdon Club and has been was accused of groping women is also a member of the secretive Piers Gaveston Society, it has emerged.

Antonio Gottardello, 20, was recorded being drunk and disorderly with friend Alasdair Macpherson, 20, after downing a reported 43 drinks at an Oxford University Conservative Association (OUCA) event.

A club report later emerged which said women were fondled at the event at St. Giles Church Hall.

Gottardello is also a member of the notorious Piers Gaveston Society, which made headlines when David Cameron was the British Prime Minister. 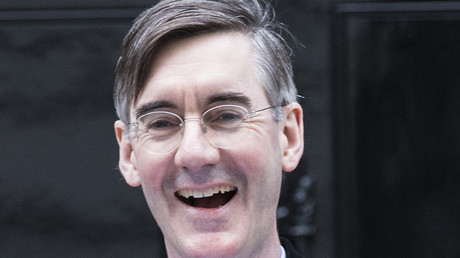 In an unauthorized biography of Cameron by Michael Ashcroft and Isabel Oakeshott, it was suggested that Cameron carried out an obscene act with a pig’s head as initiation into the group – an accusation the former PM denied.

Gottardello and Macpherson both attended last summer’s Gaveston ball and images have emerged of the pair at lavish events.

The Gaveston dining club was set up in 1977 and is named after a medieval nobleman reputed to be Edward II’s lover.

Both Gottardello and Macpherson were reported to have been at the Gaveston Unleashing of the Primordial Powers party, with a risqué Space Odyssey fancy dress theme.

But it is their behavior in public which has landed the pair in hot water.

Following the Port & Policy event, Macpherson was chanting: “I’ve got a better castle than you,” and Gottardello allegedly told organizers refusing him more booze that he would “buy their families.”

Macpherson said last night: “I was never accused of harassment. With regards to drunk and disorderly behaviour, there are members of committee who [confirm] I was polite and affable. The harassment case against Antonio was not valid. It was made without contacting the girl. The girl consented to being kissed. She sent a statement to OUCA confirming this.”

Gattardello resigned his OUCA membership and Macpherson was banned from events for the term. The former is the son of an Italian clothes magnate and was educated in the ‘world’s most expensive school’ – Les Rosey, Switzerland. While the latter is a descendant from the aristocratic Scottish Macpherson clan.