One of the UK’s leading homeless charities has been reported to the Charity Commission as evidence emerges it has been collaborating with the Home Office on unlawful patrols to arrest, detain, and deport rough sleepers.

St. Mungo’s has come under renewed scrutiny for allegedly reporting on the very people it is supposed to help. The Public Interest Law Unit (PILU) filed a complaint against it over its role in working with Home Office immigration, compliance and enforcement (ICE) officials in their “targeting and tackling” of rough sleepers.

It comes after the Home Office’s practice of rounding up and removing migrant rough sleepers was deemed unlawful by the High Court last December. The Home Office claimed they were exploiting EU treaty rights. 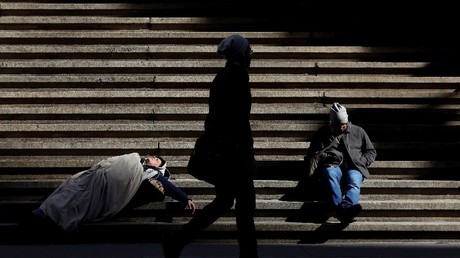 A internal document from St. Mungo’s seen by the Guardian claims the charity would pass on to the United Kingdom Border Agency the whereabouts of homeless people if they refused to comply with requests to return home within 12 weeks. While in a Freedom of Information (FoI) request by PILU, Brent council, which contracts St. Mungo’s, said “the role of the outreach worker is to only provide information to ICE on the location of clients who do not want to engage with reconnection.”

A PILU spokesman said: “As evidence is continuing to emerge in the aftermath of the judicial review, we felt it was important to report St. Mungo’s to the Information Commissioner’s Office as well as the Charity Commission. We are calling on the ICO and the Charity Commission to thoroughly investigate the extent and nature of communications and working relationships between St Mungo’s and the Home Office.”

Howard Sinclair, chief executive of St. Mungo’s, said they questioned the accuracy of the FoI data, adding that: “We take all complaints very seriously. Our policy is that we do not share information about individuals [with] the Home Office except when an individual has given their consent, or in situations where people are at significant risk to themselves or someone else. We think leaving a vulnerable person to die on the streets is unacceptable, which is why we work with various agencies to actively offer support to people away from the streets and on with their lives.”

A Brent council spokesperson then said St. Mungo’s had been in touch to say the data provided was in fact incorrect and that they would be sending accurate information as soon as possible.