Unless you’ve been living under a rock for the past few months, you’ve heard about the impending death of net neutrality. Well, after much debate and consternation, that day has finally arrived. Net neutrality is dead.

But wait. What exactly is net neutrality?

Net neutrality is — or was — the rule that ensured telecommunications companies would treat all internet traffic equally, could not speed up or slow down certain websites and could not charge more for using certain services. It also meant that companies could not give preferential treatment to their own content; for example, Comcast, which owns NBC, could not treat the content from NBC more favourably than that of a competitor. 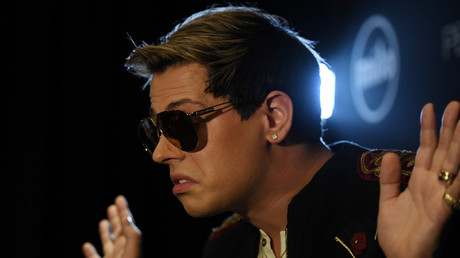 The law was repealed in December by the Federal Communications Commission, but it only came into effect today.

A fierce debate has surrounded the concept of net neutrality. Opponents of the net neutrality law — including big broadband providers like Verizon, AT&T and Comcast — argued that getting rid of net neutrality would lead to new investment and a more open and competitive internet.

Supporters of net neutrality, on the other hand, say that its death will lead to certain content being blocked by internet providers, slowing down and throttling speeds on certain websites, internet tolls and a situation where users may have to pay to use everyday services.

Here are some of the doomsday predictions about a not-so-distant future internet without net neutrality:

One of the biggest fears surrounding the end of net neutrality is the potential emergence of internet ‘bundles,’ comparable to cable bundles where you pay a certain amount to receive a specific number of popular TV channels — just with popular websites like Facebook, Twitter, Instagram etc. instead.

If we repeal #NetNeutrality then this is what it’s going to look like. This isn’t a left/right issue. This is a freedom issue. The internet is the one of the last things we have that isn’t controlled by the Gov. Don’t let them censor us pic.twitter.com/kMvhdKDDxy

The fear is not totally irrational; in Portugal, where there is no net neutrality law, internet providers have already started offering bundles that include various combinations of websites; a music bundle, a social bundle, a messaging bundle, a video bundle etc. Users can still access all the sites without paying for the bundle — but if you do, you risk going over your data quota, and if you do, well, you’ll have to cough up extra funds.

Without net neutrality, it technically becomes legal, for example, for an internet provider like Comcast to give preferential treatment to a video service like Hulu, which it owns, while slowing down other services like Netflix — and that would obviously be undesirable for Comcast subscribers who use Netflix.

I love you. I truly do, but if my internet provider starts to charge me more to use you, I will probably have to cancel you.

I don’t have the kind of money that you do, but if I did, I’d be lobbying for #NetNeutrality to keep my customers.

In the days of net neutrality, internet service providers were not allowed to block access to any website — unless that website was in breach of the law. Now, though, they can technically block anything — which, if it happened, could lead to things like political censorship or the blocking of websites that publish independent journalism. That kind of thing would cause a massive uproar and no doubt protests and backlash for any provider that tried to do it — but it’s not illegal, so the possibility exists.

More worrisome than any of the economic aspects of this is the potential for flat out censorship.
It would, of course, start small and in ways that most people wouldn’t find objectionable–fringe conspiracy blogs and such.
Eventually though-could be anything. #NetNeutralityhttps://t.co/n8NeKtIEEt

Since it is now legal for companies to speed up and slow down their services as they wish, customers could be forced to choose between an overall slower service or higher costs. That leaves both less well-off individuals and businesses with fewer resources at a distinct disadvantage.

To put it simply, internet service providers could start charging companies to ensure their content loads at a decent speed, which is very important if a company is to be successful online. A small start-up company may not have the financial resources to essentially buy its way into the club that gets preferential treatment — which would make trying to compete with the giants nearly impossible.

The alternative to these doomsday predictions is that not much will happen at all. After all, the rules on net neutrality have changed multiple times already — six times in the last 10 years, in fact. Some experts say that could give big companies pause about embarking on new strategies that could become illegal again in a few years.

But only time will tell if the latest decision will lead to the slow death of the open internet as we know it — or whether the predictions have been too drastic. In reality, the result may be somewhere in between.