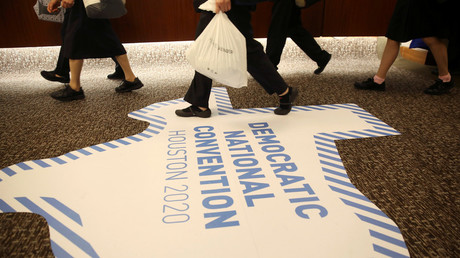 Amid unabated speculation that Bernie Sanders eventually might have had a better chance than Clinton at beating Trump, the DNC has finally decided to limit the superdelegates’ power, so as to make the 2020 nomination more ‘fair.’

Following a four-hour debate at the Democratic National Committee’s (DNC) gathering in Chicago, the fate of the superdelegates, who had the power to vote for whomever they want to nominate in a presidential primary, was sealed.

“The reforms passed by the full DNC require superdelegates to refrain from voting on the first presidential nominating ballot unless a candidate has enough votes from pledged delegates (based on the outcomes of primaries and caucuses) that superdelegates wouldn’t overturn the will of the people,” the DNC said in a statement on Saturday.

WATCH: We just passed the strongest reforms to our presidential nominating process in decades because we’re committed to making 2020 the most transparent election ever. Here’s what the reforms look like: pic.twitter.com/M9MjY5d1ht

So, come 2020, the only thing that would carry weight at the initial DNC ballot are the votes gained by the candidates during state primaries and caucuses. If there is a need for a second ballot, superdelegates can then cast their vote. Such a system, supporters of the reform Sen. Bernie Sanders and DNC Chairman Tom Perez argued, would allow better representation of grassroots candidates.

“Today is a historic day for our party,” Perez said in a statement on Saturday. “These reforms will help grow our party, unite Democrats, and restore voters’ trust by making our 2020 nominating process the most inclusive and transparent in our history.”

We voted today to return power to the grassroots of our party by reducing the role superdelegates have in the Democratic presidential nominating process, respecting the will of voters.

Sanders for his part called the implemented reform an “important step forward in making the Democratic Party more open, democratic and responsive to the input of ordinary Americans.”

Today’s decision by the DNC is an important step forward in making the Democratic Party more open, democratic and responsive to the input of ordinary Americans. This has been a long and arduous process, and I want to thank @TomPerez and all of those who made it happen. https://t.co/YsFh1UorwV

The controversy over the power held by superdelegates came under intense scrutiny from Sanders’ supporters after some 15 percent of the DNC convention delegates helped seal the fate for the Democratic nomination in 2016. For over two years, critics argued that superdelegates’ early endorsement for Hillary Clinton bolstered her position during the primaries, where she beat the Vermont senator while lacking support from the absolute majority of delegates needed.

What made Sanders’ loss even worse is the fact that he was defeated at the height of the DNC email scandal, exposed to the public by WikiLeaks. The leaked emails revealed that Democratic leadership had worked to sabotage the senator’s presidential campaign. The fiasco left a dark stain on the party which many thought was elitist and undemocratic.