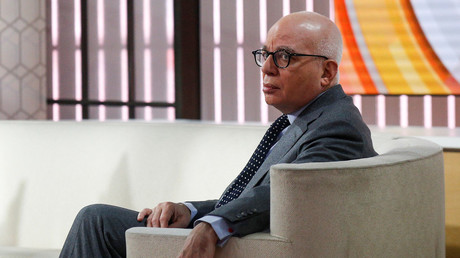 Michael Wolff has labelled former UK prime minister Tony Blair a “complete liar,” after the ex-politician claimed the author made up a passage in his controversial book about US President Donald Trump, ‘Fire and Fury’.

In his hugely successful book, which details the first year of Donald Trump’s White House, Wolff wrote that Blair was “sucking up” to Jared Kushner and angling for a job as a Middle East peace envoy. He also said that Blair told Trump’s associates that British intelligence may have spied on them during the election campaign.

Blair vociferously denied the claims when the book was published; however, Wolff reasserted them during an appearance on BBC’s Andrew Marr show on Sunday.

“I sat in the White House on the couch listening, I wasn’t supposed to overhear this, but they were standing right there,” he said.

“Jared Kushner [was] standing not 15 feet in front of me with Tony Blair, let’s choose my words carefully, sucking up to Jared Kushner.”

READ MORE: Fire and Fury: Which of these claims are excerpts from Trump ‘tell-all’ book? (QUIZ)

When Marr interjected to say that Blair denies the claims, Wolff responded: “I have to say Tony Blair is a complete liar… In this instance, absolutely.”

The former Labour leader, who was British Prime Minister from 1997 to 2007, responded to the interview by issuing a statement through his institute. “This story is a complete fabrication,” it reads.

This story is a complete fabrication. Michael Wolff has never been present at any conversation between Jared Kushner and Mr Blair. He neither sought such a role from Jared Kushner nor was offered one. And we note that many people have had the same experience with Michael Wolff. https://t.co/WlFEoZsnHw

Trump has also been extremely critical of Wolff’s book, which depicts his White House as outrageously incompetent. In the aftermath of the book’s release he tweeted that he considered Wolff a “total loser” and called his former advisor Steve Bannon, one of the book’s main sources, “Sloppy Steve”. Bannon later apologised for what he had told the author.