The US Customs and Border Protection (CBP) awarded a $297 million contract to a private company to recruit and hire new agents. The agency is struggling to fill its ranks as potential candidates fail drug tests and background checks.

The consulting firm Accenture will be paid to meet President Donald Trump’s order to hire 5,000 Border Patrol agents, 2,000 customs officers, and 500 agents for the Office of Air and Marine Operations.

Five days after taking office, Trump signed an executive order that called for the construction of a new border wall, hiring of thousands of customs and border patrol agents, and ramped-up deportations of immigrants in the country illegally.

“Beginning today, the United States of America gets back control of its borders,” Trump declared at the Department of Homeland Security (DHS), CBP’s parent agency.

The Trump administration is currently reviewing prototypes for the wall. While Immigration and Customs Enforcement (ICE) has dramatically increased deportations, adding Border Patrol agents has proven to be difficult – though not for lack of funding. Border Patrol’s budget has ballooned from $363 million in 1993 to $7 billion in 2017. 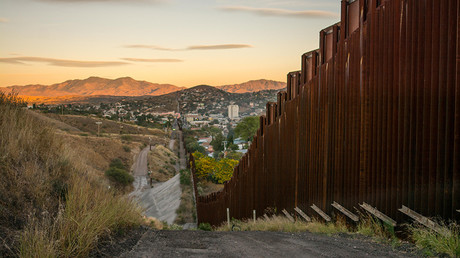 For its part, DHS – the agency overseeing Customs and Border Protection – is mandated by Congress to hire “up to” 21,070 Border Patrol agents. Despite its massive budget, reaching that lofty figure seems unlikely, as the agency is currently struggling to meet Trump’s 5,000 target.

Adding to its difficulties, the agency is losing agents faster than it can hire them. To mitigate its dwindling numbers, CBP has pushed to waive mandatory lie detector tests for members of the armed services, military veterans with security clearances and law enforcement personnel who had previously passed a polygraph or had a background investigation within three years. While it’s unclear if the tests are reliable, they have led to applicants admitting to disturbing crimes including corruption, murder and child pornography. The waiver bill is pending in Congress.

Border Patrol officials hope Accenture can help mitigate the hiring crisis. An international professional services corporation with a whopping $35 billion in revenues in 2017, Accenture is due to earn $42.6 in the contract’s first year, according to the San Diego Union-Tribune.

The contract requires Accenture to manage “the full cycle of the hiring process” and a “hard-hitting, targeted recruitment campaign consisting of promoting the CBP law enforcement careers and opportunities.” The company will also launch a public education campaign about CBP and employment with Border Patrol.

If CBP keeps its contract with Accenture for all five years, the agency will spend $39,600 per hire – nearly as much as the $40,511 a starting Border Patrol agent earns annually.

Todd Miller, author of the the 2014 book Border Patrol Nation, says CBP’s hiring of Accenture illustrates “how much money the border/immigration apparatus has at its disposal in its bloated budgets – not only for such expensive contracts, but to keep on its historic expansion – as it has been doing now for more than 20 years.”

The contract also shows the “increasing tendency towards the privatization of border policing, even for the most mundane and bureaucratic tasks,” Miller told RT.