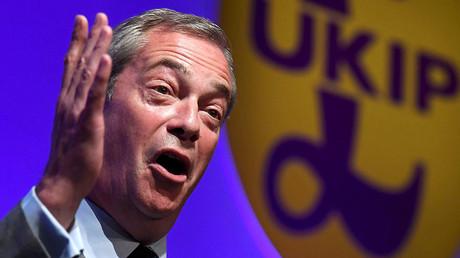 Former UKIP leader Nigel Farage has been shortlisted for Time magazine’s person of the year, alongside, among others, Russian President Vladimir Putin.

The MEP and leading Brexiteer is one of 11 contenders for the annual title chosen by the editors of Time magazine.

In announcing the shortlist, the magazine appears to give Farage much credit for the Brexit vote on June 23.

“As head of the UK Independence Party, Farage was a face of the successful campaign for Britain to leave the European Union, positioning the referendum as the start of a global populist wave against the political establishment.”

Last year’s winner was German Chancellor Angela Merkel, celebrated for her humanitarian response to the refugee crisis. Time will announce this year’s winner on Wednesday.