Thousands of police officers who have not had the required background checks are currently on Britain’s streets, according to new figures.

The statistics suggest that in one force alone, up to 90 percent of the officers have not undergone the required vetting.

The vetting was introduced in 2012 and is required to keep issues like police corruption in check across the nation’s forces. 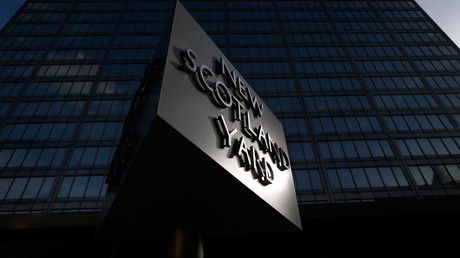 The process looks at finances, work history, and related information, and can take several months.

A Freedom of Information (FoI) request by the BBC revealed that up to 3,000 – 9 out of 10 – officers in the Northumbria Police had not been checked.

Her Majesty’s Inspector of Constabulary Mike Cunningham told the BBC that the issue needs to be urgently addressed.

“I think it is simply a question of volume outstripping the supply of people to do the tasks.”

“There is no doubt that forces who have not vetted or re-vetted large numbers of their staff are subject to a vulnerability.”

The head of the Police Federation – the equivalent of a trade union – said it is disappointing to see such a substantial backlog.

“Police officers are privy to an enormous amount of confidential data and information,” federation chairman Steve White told the BBC.

“What we can’t risk is the prospect of dishonest people abusing that position and being able to access this information or exploit situations for their own ends.”

In a statement, Northumbria Police said it had planned a “program of retrospective vetting for all officers and staff” which was due to start in the near future.