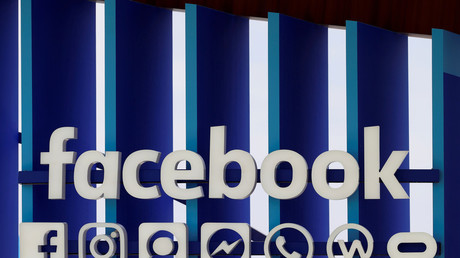 A ThinkProgress article on Supreme Court nominee Brett Kavanaugh, published Sunday, was deemed ‘fake news’ by Facebook’s fact checkers. The article itself claimed that Kavanaugh would overturn Roe v. Wade, the landmark 1973 case guaranteeing Americans the constitutional right to an abortion, based on snippets of Kavanaugh’s legal rulings and speeches.

The ‘fact checkers’  – in this case the conservative-leaning Weekly Standard – evaluated ThinkProgress’ claims and found them to be false. Sure, Kavanaugh made some statements that hinted at his opposition to Roe v. Wade, but he never outright said he’d “kill it,” as the article claims.

Once an article has been deemed false by Facebook, its traffic is restricted and pages that share the offending article will see their traffic and ability to advertise removed. This fake-news purge is part of Facebook’s publicly stated plan to clamp down on election interference and exercise tighter control over what users see on their news feeds.

To do this, Facebook has teamed up with third-party ‘fact checkers,’ which include the Associated Press, AFP, and the Weekly Standard. The Standard’s inclusion on the list is widely seen as a cursory nod to the political right, as the news organizations Facebook has previously consulted to decide how to rank news stories mostly lean left-of-center.

Bitter that its article was nixed by a fact-checker from the right, ThinkProgress slammed the Weekly Standard for picking on a left-wing site, and blasted Facebook for “pandering to the right” by consulting such an outlet.

Congratulations to everyone who 1) held up Bill Kristol and the Weekly Standard as a responsible, serious, admirable voice; and 2) urged Facebook to become the arbiters of who could & couldn’t be heard on the internet. This is just the start of your work: https://t.co/smtbjHpsH4

Jones’ reckoning came a month later, when he was swiftly excommunicated from Facebook, YouTube, Spotify, and a host of other internet platforms. ThinkProgress did not lash out at the censors who made the decision to deplatform Jones – far from it. The outlet has previously called for the barring of RT, and has cheered Facebook’s clampdown on Russian and Iranian accounts that spread misinformation to “gullible populations” in the West.

Facebook and other Silicon Valley tech giants have been repeatedly accused of bias by the American right. Facebook CEO Mark Zuckerberg was grilled by Republican lawmakers for allegedly censoring conservative content when he appeared before Congress earlier this year, and President Trump spoke out against the “discrimination” last month, promising that his administration “won’t let that happen.”

Social Media is totally discriminating against Republican/Conservative voices. Speaking loudly and clearly for the Trump Administration, we won’t let that happen. They are closing down the opinions of many people on the RIGHT, while at the same time doing nothing to others…….

However, a slew of recent examples show that the left shouldn’t cheer for the silencing of right-wing voices, lest they be next in the firing line. TeleSur, a news network funded in part by the Venezuelan government, saw its Facebook page abruptly removed last month, with the network claiming that “no specific reason” was given for the removal aside from the claim that TeleSUR might have violated one of the platform’s terms of use.

The same thing happened to Venezuelanalysis, another leftist news and opinion site focusing on the socialist country, as well as a smattering of other anti-war, anti-imperialist, and pro-Palestine pages.

Above the partisan bickering, some see Facebook’s fact-checking and fake news flagging as part of a wider crackdown on dissident narratives, whether they come from the left or the right.

“We’ve been had, and we’re being conned again,” journalist Abby Martin said, after her anti-imperialist show ‘The Empire Files temporarily shut down last month. “The establishment and the whole Russiagate narrative is basically convincing people that our enemies are not who rules over us: The empire is not the enemy; those we see, activists, left-wingers, those are the real enemies.”

Demanding that Facebook fact-check fake news and then reacting with horror when it uses a conservative fact-check of terrible ThinkProgress clickbait tells you a lot about some people’s motives for the whole endeavor.

Facebook has some powerful allies in its fight against the enemies of the empire. It recently partnered up with the Digital Forensic Lab, a subsidiary of the Atlantic Council, as part of its ongoing mission to police news and views on its platform. In a blog post announcing the partnership, the DFL said that it would strive to “expose and explain falsehood online,” and weed out the West’s favorite bogeymen – ‘Russian bots.’

The Atlantic Council is a neo-liberal think tank set up in 1961 to promote Western ideology around the world. While it is unclear whether Facebook’s partnership with the Atlantic Council is directly responsible for its purge of dissident narratives, the purge is taking place. Those like ThinkProgress who applaud censoring and banning of conservatives should not be surprised when one day they find themselves censored in return.