Prime Minister Theresa May is giving an update to MPs on the poisoning of Russian ex-double agent Sergei Skripal and his daughter. May told the Commons military-grade nerve agent from Russia was responsible for the poisoning.

She said it was “highly likely” the attack was either a direct act by the Russian state on Britain, or the Russian government allowed its nerve agent ‘Novichok’ to get into the wrong hands. “The government has concluded that it is highly likely that Russia was responsible,” she said.

“Either this was a direct act by the Russian State against our country, or the Russian government lost control of this potentially catastrophically damaging nerve agent and allowed it to get into the hands of others.”

She added that Boris Johnson, the foreign secretary, summoned the Russian ambassador to the foreign office on Monday. He said Russia must explain which of the two possible explanations is the correct one. She says the ambassador must reply by the end of Tuesday.

May says if Russia does not give a “credible response” the government will conclude that the attack involved “unlawful use of force by the Russian state against the United Kingdom.” May says if the government does come to that conclusion, she will return to the Commons to outline retaliatory proposals. 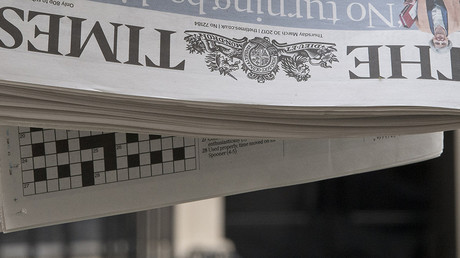 “This attempted murder using a weapons-grade nerve agent in a British town was not just a crime against the Skripals. It was an indiscriminate and reckless act against the United Kingdom, putting the lives of innocent civilians at risk,” she added.

“We will not tolerate such a brazen attempt to murder innocent civilians on our soil.”

Skripal, 66, and his 33-year-old daughter have been in hospital in a critical condition since March 4 when they were found unconscious on a bench outside a shopping center in Salisbury.

May says it was not just an attack on Skripal, but an “indiscriminate and reckless” act against Britain.

Labour leader Jeremy Corbyn has called for a “robust” dialogue with Russia. He caused uproar among Tory MPs by raising the issue of £800,000 donated by Russian oligarchs to the Conservative Party.

The Prime Minister chaired a National Security Council (NSC) meeting on Monday, which brought together senior ministers with intelligence and security officials.

Russia has denied any involvement in the attack.