Theresa May is to call for a review into tertiary education fees in England, admitting students face “one of the most expensive systems of university tuition in the world.” She is accused of hypocrisy, having voted for a fee rise.

Tuition fees in Britain have skyrocketed. In a decade they have gone up three-fold meaning higher education is becoming – once free – is now becoming rich man’s world.

May is to call for a year-long review into the matter while also arguing for an end to “outdated attitudes” that suggest that success can only be achieved through higher education. 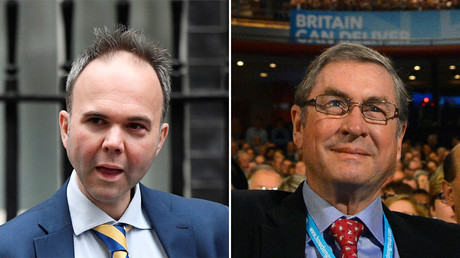 But, here’s where it gets confusing: May was in the cabinet and voted for a rise in tuition fees, apparently at the time having no problems with the policy. Though this wasn’t always the case.

While just a rising Tory star in opposition, May voted against Tony Blair’s 2004 Higher Education Act, which saw the raising tuition fees to £3,000 (now almost US$4,200) annually.

Fast forward to the Tory-led Coalition government and the then-home secretary had second thoughts.

Now, seemingly flip-flopping once more, the UK leader will announce an independent review of fees and student finance.

The debt burden faced by students and the high interest rate on loans is now concerning the government. In an about-face, May will boldly call the system unfair, stating the UK has “one of the most expensive systems of university tuition in the world” which does not offer value for money.

“The competitive market between universities which the system of variable tuition fees envisaged has simply not emerged,” May will say during a speech in Derbyshire. “All but a handful of universities charge the maximum possible fees for undergraduate courses. Three-year courses remain the norm and the level of fees charged do not relate to the cost or quality of the course. We now have one of the most expensive systems of university tuition in the world.”

Education Secretary Damian Hinds has previously said tuition fees could eventually be dictated on a subject by subject basis.

“What we need to look at is the different aspects of pricing – the cost that it is to put on the course, the value that it is to the student and also the value to our society as a whole and to our economy for the future,” he told the BBC’s ‘Andrew Marr Show’.

The PM came under fire on Twitter, with Labour leader Jeremy Corbyn reminding his follower of her voting record. While others labelled the PM a “hypocrite.”

.@Theresa_May voted to triple tuition fees and saddle students with an average £40,000 in debt.

There’s no need to “review” that. Labour will scrap fees, bring back maintenance grants and make education free. pic.twitter.com/xzjUjFJUZm

theresa may is a hypocrite for this review into #tuitionfees because it was her party along with @nick_clegg that trebled them and now she wants to do something about it, i dont trust her one bit she will probably treble them again

Theresa May reveals that the Conservative party decision to increase UK university fees has resulted in fees being very expensive.