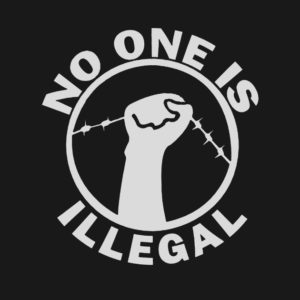 A term ‘unperson’, from George Orwell’s newspeak, refers to an individual or a member of a group who is systematically stripped of social and political rights, including basic human rights. Who are the ‘unpeople’ of South Korea?  They are an overwhelming majority of illegal migrants in the country who lack basic rights and security and believed to deserve it according to the laws and principles under which Korean society operates.

As of September 23, 2018, there are 330,005 foreigners, mostly from South East Asia and post-Soviet countries, who are residing in South Korea illegally. Those who accepted illegal status in Korea with a goal of supporting their families and improving their economic conditions often have to suffer not only racism, verbal abuses, precariousness, substandard working and living conditions, but also a constant threat of deportation.

Immigration raids periodically conducted by the Korean government not only deprive migrant workers of their means of survival but also leave in them a long-term psychological damage.

“He is not answering my phone calls,” said a woman in her late 30s, in a trembling voice. “I sent him a message asking him to lock the door, but he still did not reply”. She feared that her husband, with whom she was illegally residing in Korea, might have been caught by the immigration police.

The dead body of her husband was found in a…