The Rupert Murdoch owned-paper released the topless photos of Susanne Hinte, who died last year, both online and in print. She made headlines in 2016 when she tried to claim a £33-million ($44.3-million) prize with a lottery ticket that she said had been damaged in the wash. 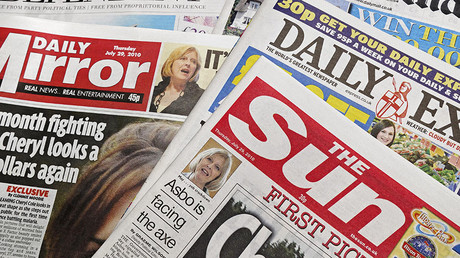 Later in 2016, Julie Howard, a former friend of Hinte, sold snaps pictures of her ex-pal to The Sun for £750 ($1,000). She subsequently told police that she had sold the photos of her former friend to the newspaper after a falling out. The Sun claims that it was not aware the nude images of Howard were stolen.

Howard obtained the nude pictures after her former friend borrowed her phone, which automatically copied the snaps taken by the ‘Lotto Gran’ to a cloud-storage service. The Sun published the photographs on its website and in print on April 2, 2016.

In January 2017, Howard was found guilty of disclosing private sexual images with intent to cause distress. She received a fine and a six-week suspended sentence over the incident, and was convicted under a law that The Sun newspaper had campaigned for years prior.

Hinte died at 49 in August 2017, passing away suddenly of a heart attack. On behalf of her mother’s estate, Natasha Douglas filed a claim against the publisher of The Sun, News Group Newspapers (NGN).

The claim was for the misuse of private information, breach of confidence, copyright and data protection law, and the distress that the article caused to Hinte. NGN agreed a five-figure settlement out of court, but did not admit liability over the claims.

When the settlement is read in open court on Thursday morning, it will be the first ever statement in open court in a privacy case for a deceased person.

“The Sun showed a complete disregard for her legal rights,” he said. “As a direct result of its decision to publish the distasteful and unnecessary article, she and her children suffered considerable embarrassment, upset and distress. They were subjected to relentless abuse, mockery and harassment, both in person and online.”

Hinte’s daughter said she felt it was important to pursue the legal proceedings against The Sun in memory of her late mother.

“I felt very strongly that it was important to continue this claim against The Sun on behalf of my late mother, not only because it’s what she would have wanted; but also to hold them accountable and make other people aware that it’s totally unacceptable to intrude into someone’s life as they did in this case,” Douglas said.