The Spy Who Destroyed an Empire

The authors, respectively British and German, both widely published in history or cultural heritage, take on the case of Alfred Redl (1865-1913). Although some spies – Mata Hari or Sidney Riles – are more famous, even having their adventures – real or purported – turned into movies and television series, and several have been tagged with the title “Spy of the Century” – notably Reinhard Gehlen, who arguably was not particularly effective – Redl far more certainly merits the book’s title.

Redl was a rare Austro-Hungarian officer who came from quite modest roots, virtual poverty in fact. Gifted with a brilliant mind and with a little luck and influence, Redl secured a commission, and eventually became a staff officer and rose to colonel.

At some point, Redl began spying for Russia. As the authors note, his motives are unclear, certainly his fondness for high living may have played a role, but he may also have been blackmailed into espionage, as the Russians were early aware of his homosexuality.

Over a good many years Redl used his various staff assignments to supply the Russians with vital intelligence. Remarkably, for a time he was even head of Austro-Hungarian counter-espionage, and arranged for the Russians to allow him to “capture” some of their less able agents. 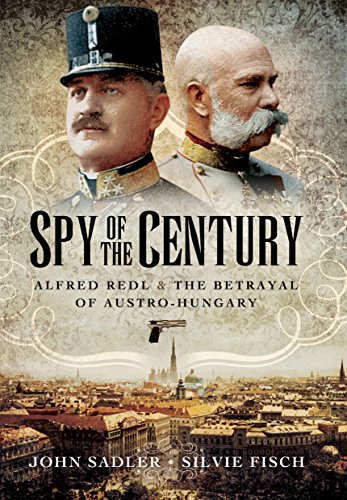 Meanwhile, he managed to grow rich, amassing a fortune that, by his death, apparently exceeded that of Imperial-and-Royal chief-of-the-general staff Conrad von Hotzendorf himself.

Eventually caught, in 1913, remarkably, rather than grill Redl upon his arrested, the military authorities encouraged him to shoot…