One afternoon in Salisbury has rocked relations between the UK and Russia. Ex-double agent Sergei Skripal and his daughter Yulia were exposed to a nerve agent and London blamed Moscow.

What happened on March 4 has been at the center of a global press scrum, as literally everyone – including the Kremlin – tries to find out what happened.

But, the mystery just keeps getting more mysterious. The list of unanswered questions is growing longer by the day.

Let’s start, perhaps, with how three people survived contamination by a “military-grade” nerve agent considered to be among the deadliest in the world? Here are some of the biggest mysteries. 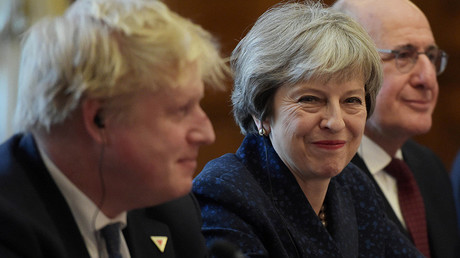 Initially we were all convinced the Skripals were going to die. After all, they were exposed to a “military-grade” nerve agent. Every paper in Britain said so. And Theresa May announced the substance’s name within days.

Images of Alexander Litvinenko were rolled out across mainstream media and headlines literally screamed POISON and DEADLY.

Others went to the lengths of actually killing the Skripals, like the Times, which carried the headline: “May set to hit back at Russia over spy death.”

It was changed of course, when it emerged the pair were still alive. It only makes sense though – if Novichok was used, they’d be dead, right?

We were all frantically googling Novichok, talking to experts who said exposure to a 1mm drop is deadly.

“Nerve agents kill people with gruesome efficiency,” the Business Insider said, while the FT reported: “Novichok is among the world’s deadliest chemical weapons.”

The thing is, the Skripals said in a statement they’re “fine” and a police officer was out of hospital within weeks.

So was it really the deadly nerve agent we’re all now fearing? Or was such a small amount used that it wasn’t effective? Considering the press says it was all over the door, the pub and a car – that seems unlikely. What a Novi-cock-up.

The paper wasn’t the only one to make the error, with the Frontline Club also tweeting about its upcoming event: “Who killed Sergei Skripal?” to its 32,000 followers.

The tweet has since been deleted and the name amended to “Who attacked Sergei Skripal?”

The Skripal story has changed so rapidly it’s hard to keep up. The only constant being “Russia did it.”

First, the poison was rumored to have been administered in the Zizzi restaurant – or was it the pub? Then the press claimed it was smeared on a door handle, at Sergei’s wife’s graveside, in a restaurant, and in a car (as well as on a copper) – we’re all a bit baffled.

One of the deadliest nerve agents known to man was smothered all around Salisbury – and nobody died.

Not only did nobody die, the Skripals managed to get from home to town, out for food, a quick drink and a stroll in the park before they were found comatose.

A nerve agent considered to be one of the “most deadly” apparently took hours and hours to work. Not only that, the Skripals pet guinea pigs did die – along with their cat. From dehydration.
The cat was “distressed” and put down, the rodents – well the coppers forgot to give them water. A nerve agent which can be inhaled was smothered on their house and they died from lack of water. 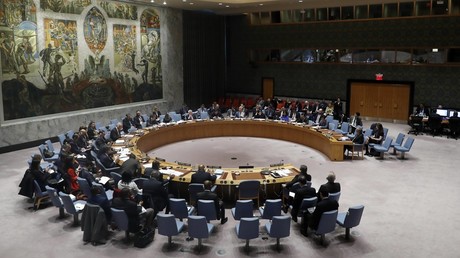 Foreign Secretary Boris Johnson didn’t hesitate to tell the media it was Russia. Porton Down – the top secret lab where the chemical was tested – told him there was “no doubt” Moscow did it, he said.

But then the chief executive of the lab said the chemical can’t be sourced back to Russia. The Foreign Office deleted tweets, the government went a bit quiet and the finger-jabbing was all but paused.

Until the following day. Overnight the mainstream media had managed to speak with numerous unnamed “sources” who just knew it was Russia.

The Daily Mail spoke to one “source” who could reveal Russia had been practicing smearing Novichok on door handles. They couldn’t say how they knew, or when it happened or provide any evidence – but the story went ahead.

The Times’ source knew the exact lab where the Novichok was made – as does the government they said – but of course, they couldn’t reveal the source.

Funny how when the government can’t defend itself Whitehall springs a leak. Or 10.