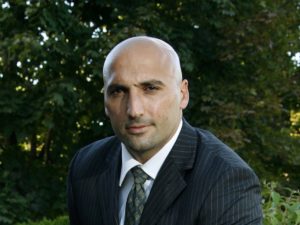 Like British Labour Party leader Jeremy Corbyn, Canadian lawyer Dimitri Lascaris is the victim of a “Big Lie” slander campaign. Defenders of the most aggressive ongoing European settler colonialism have once again smeared a “proud, anti-racist advocate for human rights.”

In this article  I offer some important context regarding the Centre for Israel and Jewish Affairs’ (CIJA) and B’nai B’rith’s (BB) absurd “anti-Semitism” accusations against Lascaris, which were echoed by the leaders of the four main federal political parties. But, looking at the run up to his ‘offending’ tweet suggests that Lascaris was targeted in an unprecedented smear campaign because he was exposing CIJA and BB’s soft underbelly, notably their dalliance with racist extremists. In the week before he was denounced Lascaris repeatedly challenged CIJA, BB’s and Liberal MP Michael Levitt’s association with individuals making anti-Muslim remarks, death threats against politicians and promoting a book denouncing the “Jewish menace”.

The immediate background to CIJA and BB’s campaign against Lascaris was an August 29 demonstration opposing BB’s smears against the Canadian Union of Postal Workers (CUPW). CIJA, BB and Levitt tarred that rally as being racist and threatening. Two days before the display of solidarity with CUPW Levitt issued a statement saying he was “deeply concerned”  and “disturbed”…