The box bed, sometimes known by its French name of lit clos, is a bed built into a piece of furniture. It looks curious to us today and it’s somewhat of a novelty to climb into bed and shut the doors behind you, but 600 years ago this kind of bed was very popular, and it is making a comeback today.

As its name implies, the box bed is a bed which is completely contained within a wooden box. There were a lot of variations in design – some had curtains for privacy, while others were completely closed off with sliding wooden doors. They could be built in a number of ways to utilize the space available – some were freestanding and could be moved, but others were built into recesses of a room. 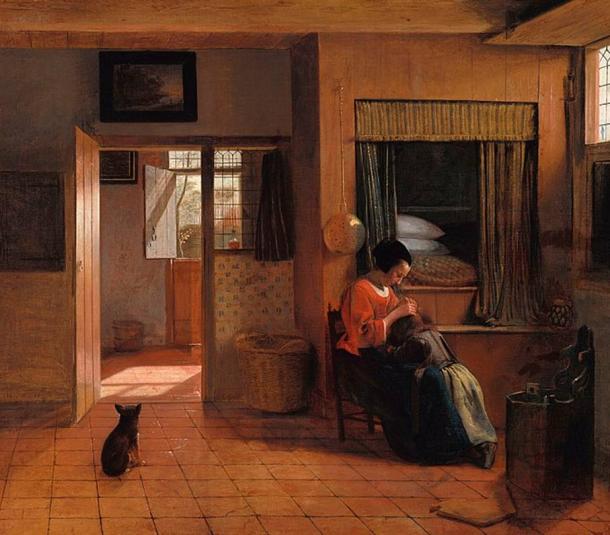 ‘A Mother Delousing her Child’s Hair, known as ‘A Mother’s Duty’’ (1658-1660) by Pieter de Hooch. ( Public Domain ) This image shows a box bed with curtains built into a recess of the room.

The most well-known description of a box bed is in Emily Bronte’s 1847 novel Wuthering Heights . By the time of the novel, the box bed was a thing of the past, but even then Bronte noted how “very conveniently designed” box beds were, admiring them for the practicality of giving each member of the family their own privacy with no need for individual rooms, and for the fact they made the narrator feel very secure when he was in the bed with closed panels. 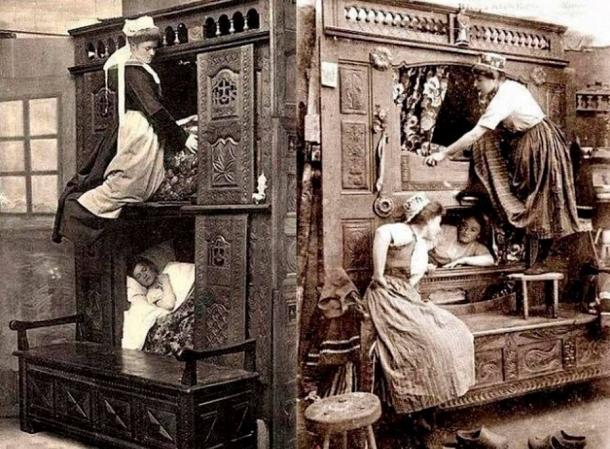 Box beds could give everyone a feeling of their own space in a shared space. (WhoKnowsEast/ Michelduchaine)

While they were already obsolete by the time of Bronte’s novel, the box bed had a long history of use. Its roots come from Medieval Brittany. By the 16th Century, examples of box beds could be found across Europe,…